SEOUL, Feb. 24 (Yonhap) -- Major foreign investment banks (IBs) and economic institutes have forecast South Korea's economic growth to be below 2 percent in 2020 due to the fallout of the fast-spreading novel coronavirus.

According to a recent survey by Bloomberg, five out of 42 foreign IBs and economic think tanks predicted Asia's fourth-largest economy to expand in the 1 percent range this year, hit by the COVID-19 outbreak.

ING Group offered a growth forecast of 1.7 percent for the Korean economy, down from a 2.2 percent estimate made in December. 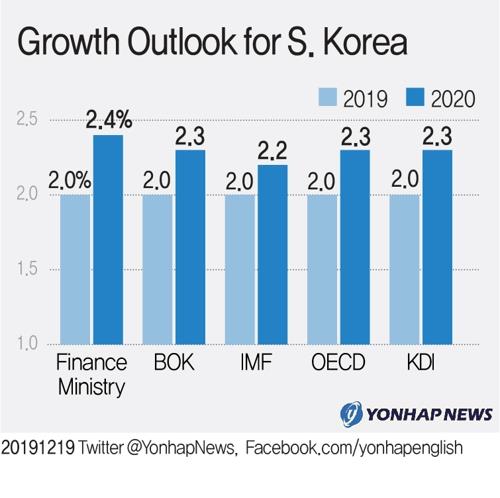 Oxford Economics downgraded its 2020 growth prediction for South Korea to 1.8 percent from an earlier 2.2 percent forecast.

In a report released on Tuesday, Nomura cut its growth forecast to 1.8 percent from an earlier 2.1 percent outlook, and Capital Economics downgraded its prediction to 1.5 percent from 2.5 percent on Feb. 8.

Morgan Stanley forecast South Korea's economic growth could drop by 0.8 percentage point to 1.7 percentage points, depending on how the new coronavirus unfolds down the road. The global investment bank had earlier projected the Korean economy to expand 2.1 percent this year.

Foreign institutions' gloomier forecasts come as the novel coronavirus has started to make a dent in South Korea's exports and domestic demand.

South Korea's average daily exports declined 9.3 percent in the first 20 days of this month from the same period a year earlier. 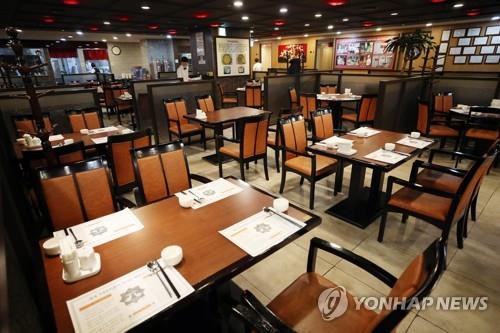 The country was also hit hard by a drop in the number of foreign tourists and slumping retail sales.

According to industry data, the number of foreign visitors to South Korea dropped 2.8 percent on-year between Jan. 20 and Feb. 10 due mainly to a tumble in the number of Chinese tourists.

Department stores and discounters also took a big hit from the coronavirus outbreak as people avoid crowded places. Some were forced to shut down after patients visited them.

With exports and domestic demand in the doldrums, some foreign institutions have warned South Korea's economic growth may fall to negative terrain in the first quarter of this year.

Nomura has projected South Korea's economy to shrink 2.9 percent for the January-March period in the worst-case scenario, and JP Morgan has predicted a 0.3-percent decline.

Earlier, the Bank of Korea predicted a 2.3 percent expansion for this year. Stung by a trade war between the United States and China, South Korea's economy grew 2 percent in 2019, the slowest expansion in a decade. 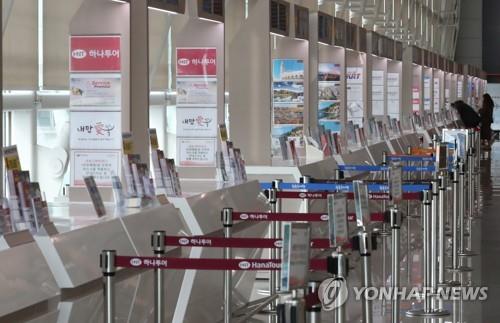 Korean economy tipped to grow below 2 pct on virus

Korean economy tipped to grow below 2 pct on virus