SEOUL, Feb. 24 (Yonhap) -- Faced with the fast-spreading coronavirus, the South Korean professional football league will convene an emergency board meeting later Monday to discuss postponing the start of the new season.

The K League announced the meeting will begin at 2 p.m. at its Seoul headquarters. The 2020 season is scheduled to open Saturday with two matches, followed by two more on Sunday. But that could change, as the K League joins several other sports organizations in South Korea grappling with the deadly COVID-19.

Through Sunday, it has claimed six lives and infected more than 600 people in South Korea.

Also Monday, the K League said it has canceled the season-opening media day initially set for Wednesday in Seoul and scrapped orientations for rookies and new foreign players. 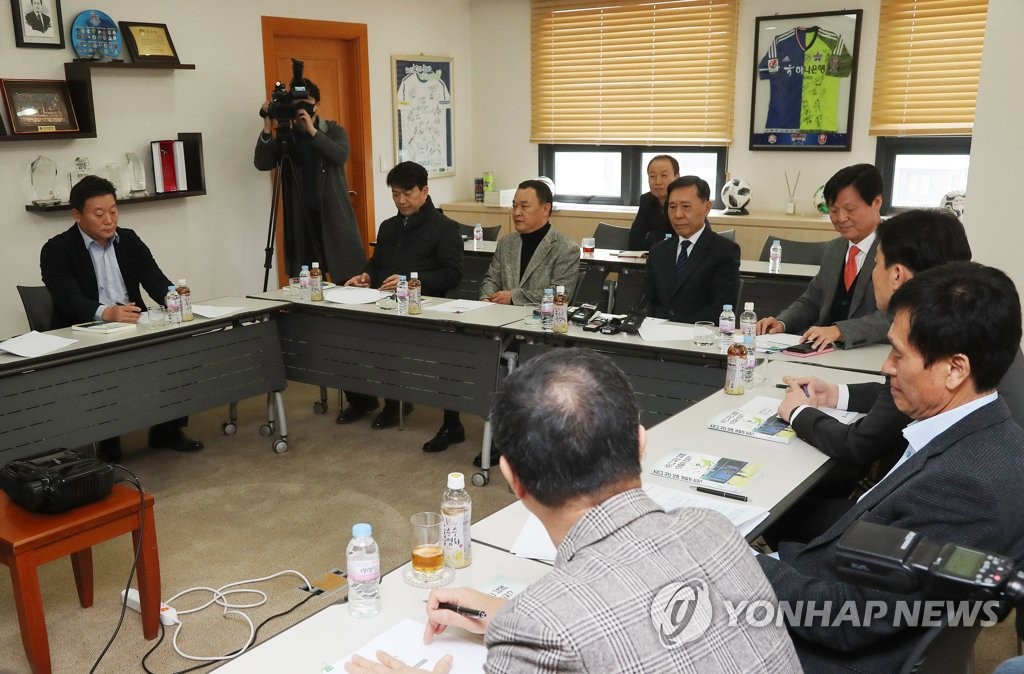