SEOUL, Feb. 24 (Yonhap) -- A North Korean propaganda outlet slammed South Korea's foreign minister on Monday for discussing Korean peace with her foreign counterparts in what it calls a "spineless act" of trying to win foreign approval for issues between the two Koreas.

Earlier this month, Seoul's Foreign Minister Kang Kyung-wha held talks with her U.S. and Japanese counterparts -- Mike Pompeo and Toshimitsu Motegi -- on the sidelines of the Munich Security Conference in Germany to discuss cooperation over stalled nuclear talks with North Korea.

"There are still fools asking for subservience and humiliation, completely oblivious to the bitter lesson history has taught us," the propaganda outlet DPRK Today said, adding that the South Korean foreign minister's visit to Germany "once again proves the point."

"Nothing can be gained from pleading to foreign countries for an internal affair and it is an unchanging fact that this only gives foreign countries with impure intentions an excuse to meddle with our affairs and complicates our problem," it said.

Kang also held brief one-on-one talks with Pompeo amid speculation they may have discussed Seoul's push for individual trips to the North and other inter-Korean cooperation projects as part of efforts to enhance cross-border relations and help resume stalled nuclear talks between Washington and Pyongyang.

Denuclearization talks have been stalled since leader Kim Jong-un and U.S. President Donald Trump failed to narrow their differences at the Hanoi summit in February last year on how to math out Pyongyang's steps toward removing nuclear weapons. 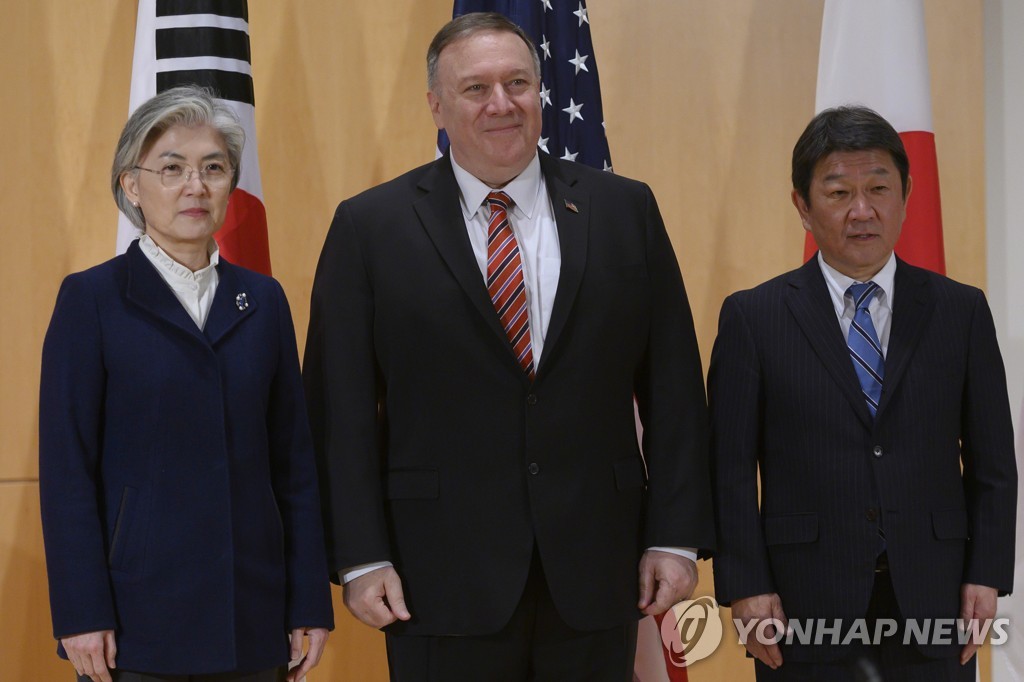