According to the Hwaseong Seobu Police Station in Hwaseong, Gyeonggi Province, the woman was found dead Sunday inside a travel bag at an apartment owned by a man, who had also defected from North Korea.

The woman's body was discovered by police officers after one of her acquaintances reported that she couldn't be reached. The deceased woman's identity was not revealed, except for her age of 36.

Police said they have heard that the woman and the man, 40 years old, had lived together at his home.

Police said the woman's body was found in a squatting position inside the suitcase, adding there were signs she had been stabbed.

Police said they are now tracking down the man, who is a suspect. 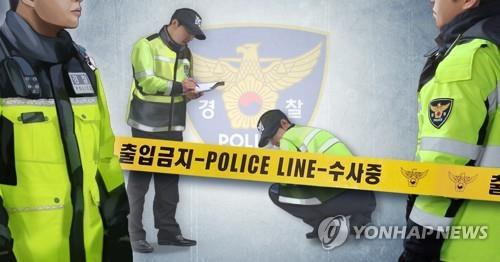