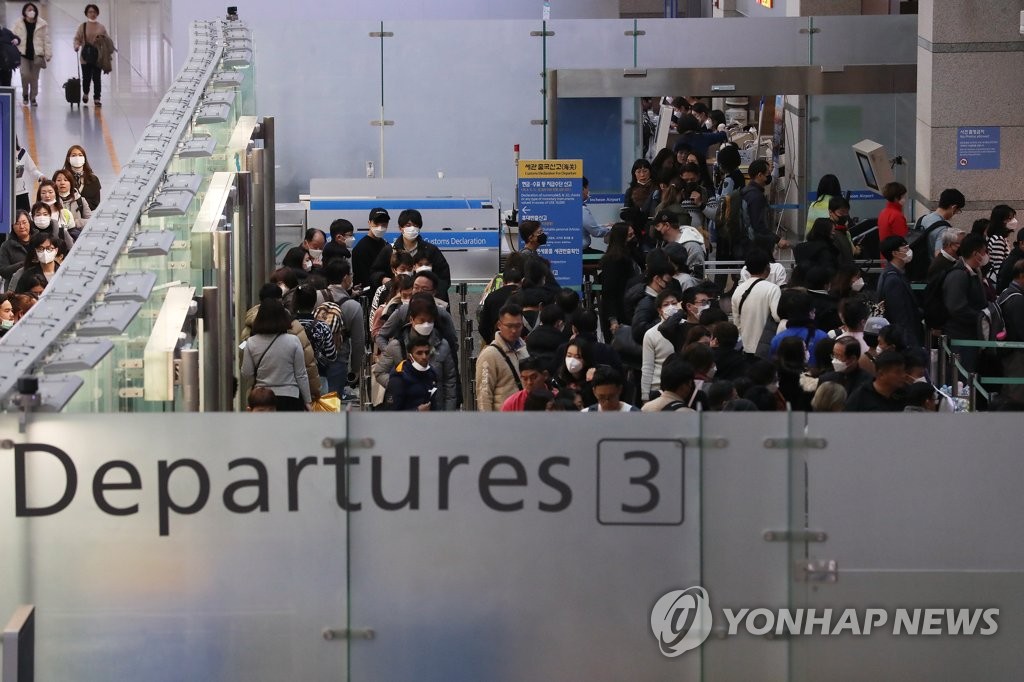 Travelers entering Oman from South Korea, China, Iran and Singapore must be put under isolation for 14 days.

Brunei, Brazil and Britain have tightened monitoring of travelers from Korea and other virus-hit countries, and they require entrants to voluntarily notify health authorities if they show any symptoms.

Ethiopia and Uganda have also included South Korea in their lists of countries subject to tighter monitoring and self-quarantine in case of suspected infection.