ANDONG, South Korea, Feb. 24 (Yonhap) -- A total of 30 South Koreans who recently made a group pilgrimage to Israel have tested positive for the novel coronavirus, health authorities here said Monday.

Of 39 Catholic pilgrims from North Gyeongsang Province who visited Israel between Feb. 8 and 16, 12 were diagnosed with COVID-19 on Monday, while the other 18 were confirmed positive and quarantined last week, according to municipal health authorities.

Of the 30 infected pilgrims, 20 are from Euiseong County, North Gyeongsang Province, according to the authorities, while one patient, a tour guide, is a Seoul resident.

Local health authorities warned that there is a risk of secondary infections as most of them went to public places after they returned from the pilgrimage tour. So far, at least 170 people have been found to have had contact with the infected pilgrims, they said. 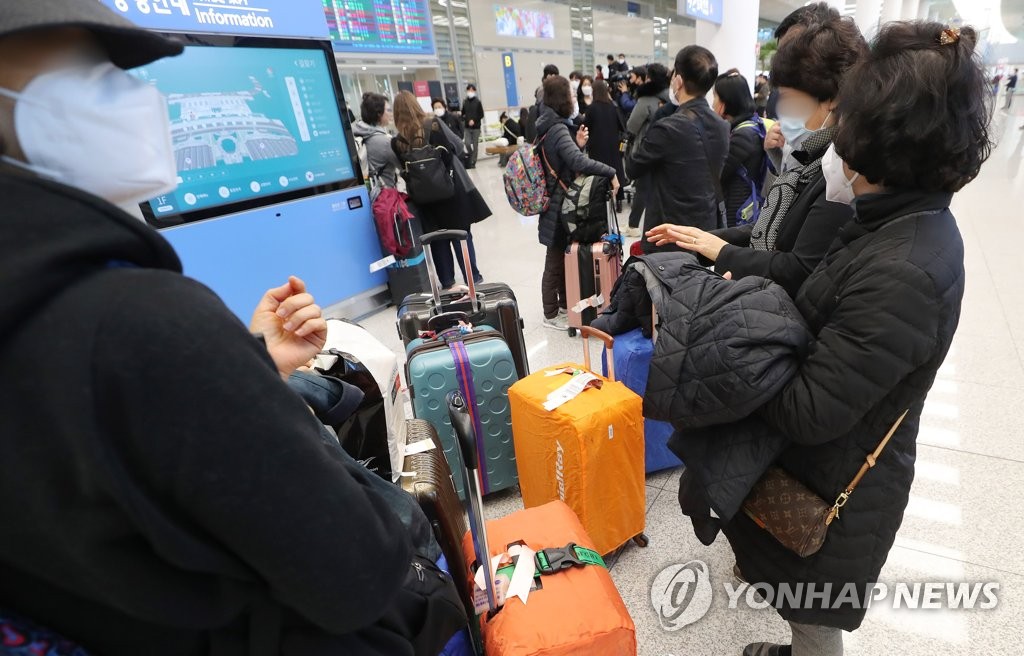 The authorities said they are also keeping close tabs on a separate group of pilgrims that is scheduled to arrive in South Korea later in the day. This group, including 19 residents from Andong in North Gyeongsang Province, departed for Israel on Feb. 13.

South Korea has so far reported 763 coronavirus cases, along with seven virus-related deaths.