SEOUL, Feb. 24 (Yonhap) -- South Korea reported its seventh new coronavirus-related death Monday, with five of the seven victims so far linked to a hospital in southeastern county of Cheongdo, where delayed steps may have led to mass infection.

The country has reported 763 confirmed cases of COVID-19 as of Monday, and over 110 people, including nine medical staff, have been confirmed to be infected at Daenam Hospital in Cheongdo, 300 kilometers southeast of Seoul. 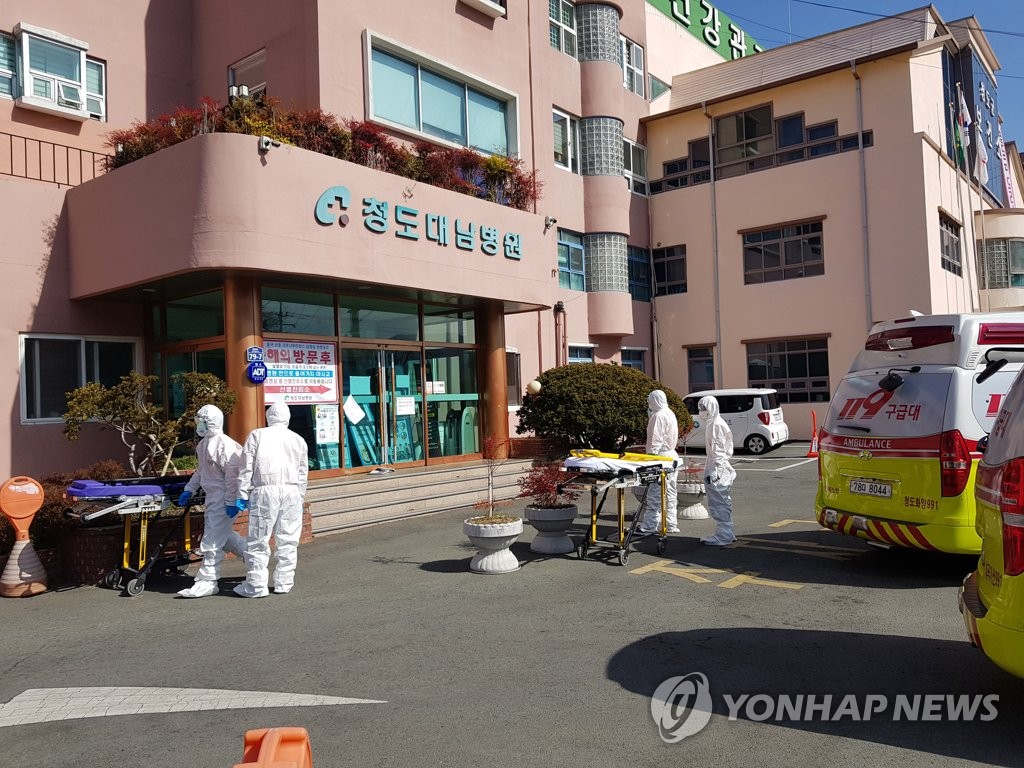 The government raised its virus alert status to the highest, or "red," level on Sunday, advising the people to stay inside and avoid crowds.

Meanwhile, the health ministry on Monday said it will set up safe or risk-free hospitals where respiratory patients will be completely blocked from facilities for people with other illnesses or medical needs.

Also, those with respiratory symptoms will be admitted to such hospitals only after they have tested negative for COVID-19, it said.
(END)