The meeting held Sunday (U.S. time) was organized to commemorate the 70th anniversary of the outbreak of the Korean War, and Jeong expressed his gratitude to the U.S. veterans for their sacrifice for peace on the Korean Peninsula, the ministry said.

"I am sure that the alliance between South Korea and the U.S. will become stronger down the road, and that the two countries will go together as 'great allies' contribute to the peace on the Korean Peninsula, the Northeast Asia and the world," he said during the event.

Jeong also met with members of the Korea Defense Veterans Association the same day and exchanged ideas to further strengthen the alliance between Seoul and Washington, it said.

The defense minister began his six-day trip to the United States on Sunday for talks with Esper, during which they are expected to discuss a range of pending alliance issues, including their defense cost-sharing negotiations and the planned springtime joint military exercise.

It is Jeong's first visit to the U.S. since Esper took office in July last year. The secretary visited South Korea in June and November. 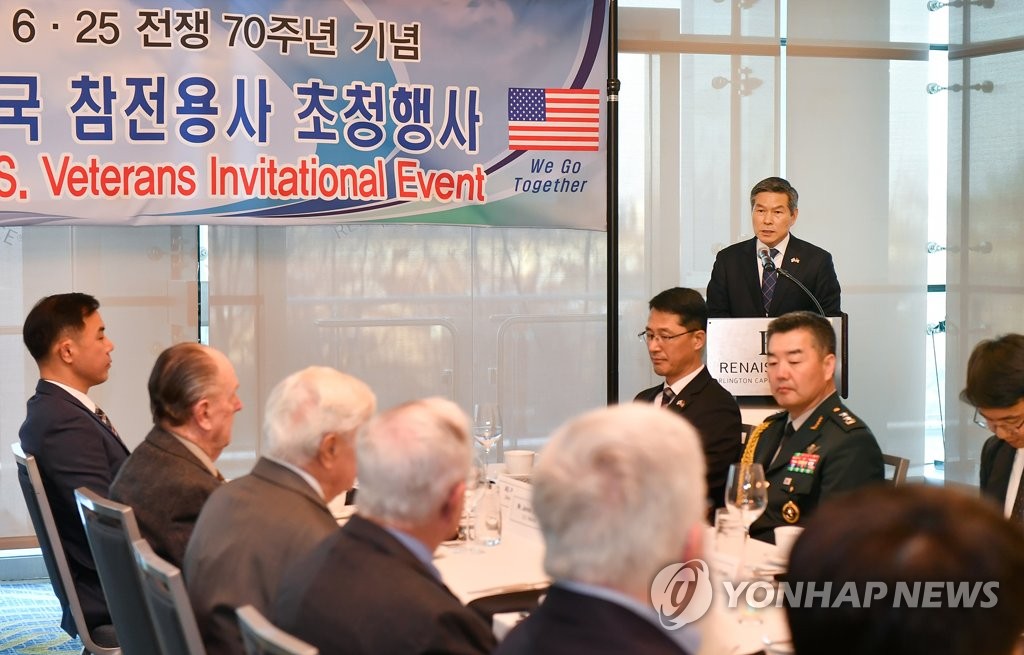