SEOUL, Feb. 24 (Yonhap) -- The Seoul city authorities on Monday announced follow-up measures to counter the new coronavirus, a day after the national government heightened the country's disease alert to the highest level.

"Since we don't know when or where something might happen ... we have to remain vigilant and act preemptively, thinking that if Seoul is penetrated, (the whole of) South Korea is penetrated," Seoul Mayor Park Won-soon said in a press briefing.

Park's remarks came a day after the central government raised its disease alert one notch to the highest level as hundreds were confirmed to have been infected, with a majority of the infections traced to a church in the country's southeastern city of Daegu.

South Korea reported 161 more cases of the COVID-19 earlier in the day, bringing the total to 763. Nearly 30 have been affected in the country's capital.

As part of measures to fight the coronavirus, the city government has banned protests in plazas in the city center, citing the need to protect public health, especially among elderly citizens who are the key participants of the rallies.

It has also clamped down on Seoul branches of the Shincheonji church. So far, 163 church facilities in the capital have been closed down and disinfected, according to the city. 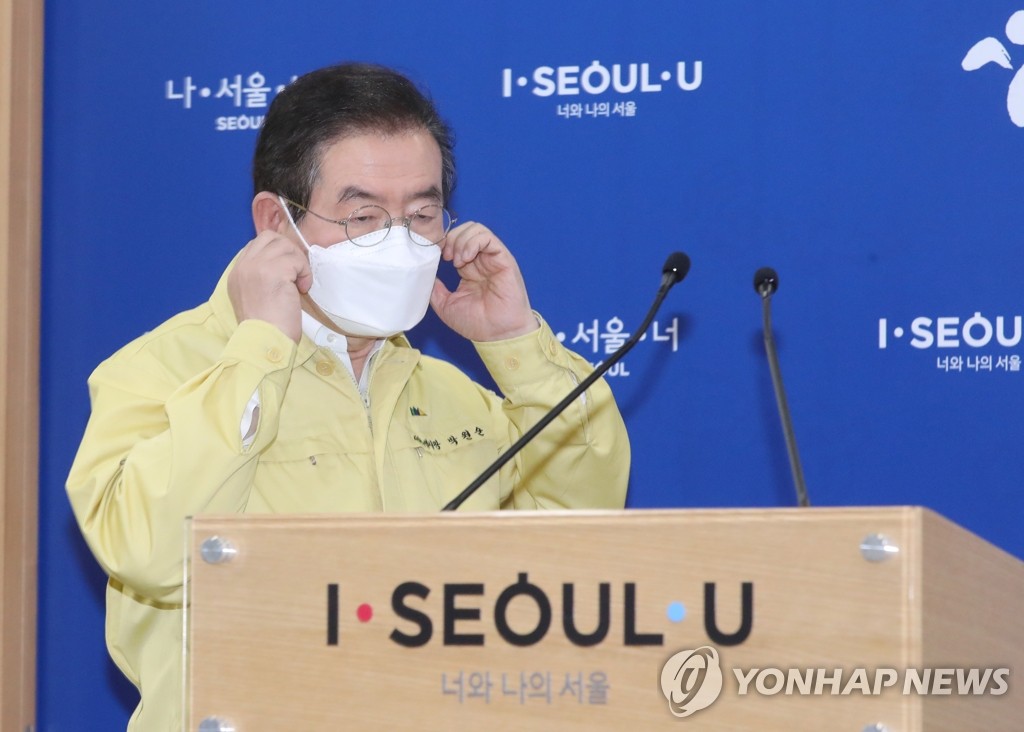 The city announced additional measures to counter the virus, with the next seven or 10 days "the most crucial juncture" in fighting COVID-19, according to Health Minister Park Neung-hoo.

To help the public stay informed, the city said it will hold briefings twice a day and step up cooperation with relevant private and public-sector groups.

To better trace and block the further spread of the virus, the city's health centers in 25 wards will only focus on checking and inspecting potential patients, with the inspection centers running 24 hours a day.

As child patients have been confirmed in the past few days, two public hospitals in Seoul will run children-only inspection centers, the city said.

The city plans to expand the closure of public facilities across the city. More than 5,700 pre-schools will be suspended for two weeks until March 9.

The move also includes temporary closures at 58 cultural facilities, including Dongdaemun Design Plaza, the city library and the Seoul Museum of History.