The Korea Centers for Disease Control and Prevention (KCDC) said the country's ninth, 13th, 15th and 20th patients will be discharged from quarantine at their hospitals.

South Korea's ninth patient is a 28-year-old woman who was confirmed to be infected on Jan. 31. She is an acquaintance of the country's fifth coronavirus patient, who returned from China last month.

The country's 13th and 15th patients are believed to have contracted the virus in Wuhan, China, the epicenter of the deadly virus outbreak. They were confirmed to be infected on Feb. 2.

The 20th patient is a 42-year-old South Korean woman and a relative of the 15th patient. She was identified to have been infected on Feb. 5.

South Korea has confirmed 763 COVID-19 cases as of Monday morning, with the nation's death toll reaching seven. Most of those cases are traced to church services in the southeastern city of Daegu. 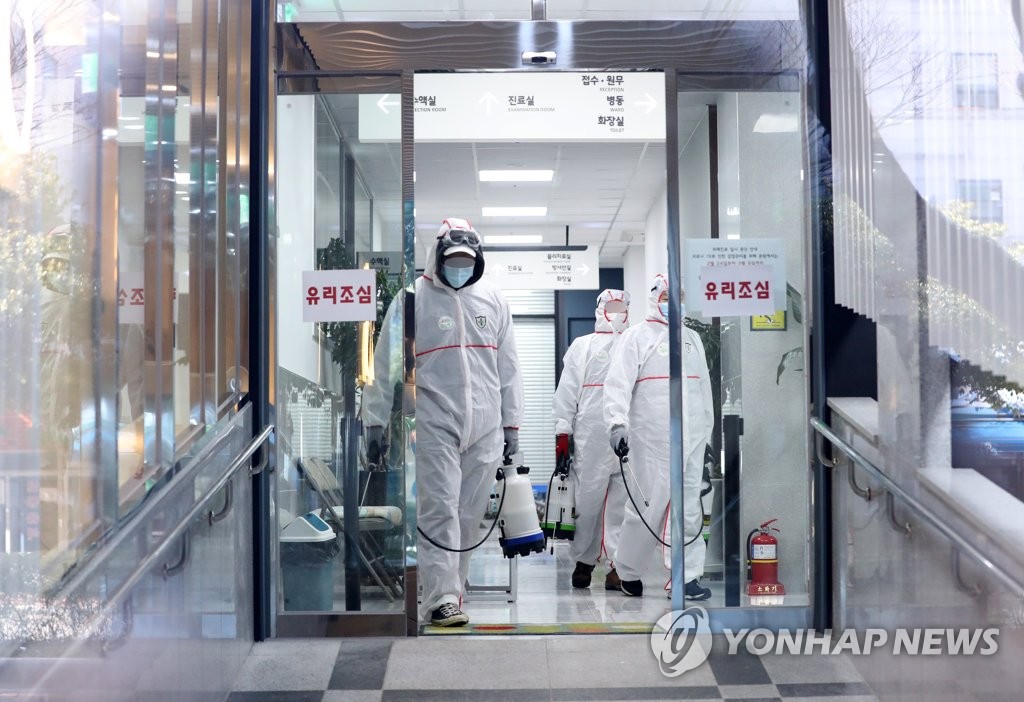