SEOUL, Feb. 24 (Yonhap) -- The breakout global seven-year career of BTS threw the septet off balance sometimes, but the members are now firmly keeping their feet on the ground with an enduring sense of the center of gravity, the band members said Monday.

After their appearance on the "Today Show" on Friday (U.S. time), BTS held a press conference in Seoul, in their home country.

The event was converted into an online conference broadcast live through YouTube, however, due to continuing outbreaks of the novel coronavirus in South Korea.

How BTS navigated the seven eventful years, especially the "shadows" from their global show business career, as well as stories of the new album, were key subjects for the Monday press conference following the release of a new album, "Map of the Soul: 7," that is laced with messages of having to face up and accept one's inner shadows.

"During the seven years since our debut, we sometimes staggered and got confused while our inner shadows and fears got bigger," member Suga said during the conference, looking back on their ascent from an anonymous local band into global stars.

"Now, however, I think we are keeping our balance quite well. (The album's lead track 'ON' deals with this transition) carrying lyrics that we will face up and fight against our wounds, sadness and hardship as we found the way to find a center of gravity," according to Suga. 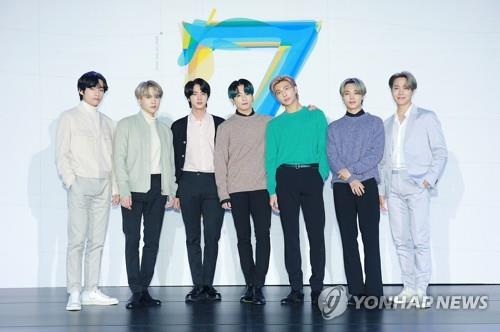 Touring stadiums in many countries across the world, the band felt "raptured," but also sensed great emptiness at the end of the performances, member V said, assuring that he has now "overcome" it.

The process of settling "disputes" that occurred among the members sometimes was the most tormenting moments of the seven-year career for member J-Hope.

In retrospect, team leader RM said he was very lucky to "have met the other members to be able to do music and performances together."

"I am a common human being, not an extraordinary person ... thanks to (the thought), luck and the Army, I can keep my feet on the ground," RM said, adding that the new album is packed with "our souls, energy and efforts." Army is the name of the famously devoted fan base of BTS.

Jimin said he hopes, several decades from now, BTS music will still be able to impress and console its listeners.

"I am also grateful that fans listened to and understood the messages we tried to convey (through the music) despite language differences," he noted, drawing on the impact BTS' Korean-language music had on fans across the world. 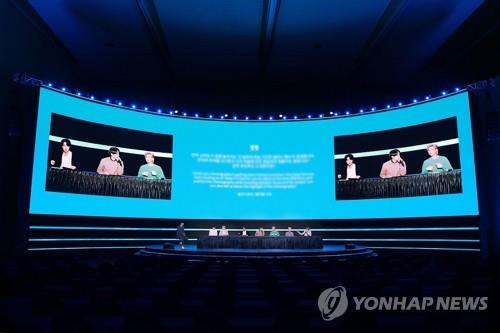 RM said the global sensation may have to do with how BTS represents contemporary times.

"Like our music and choreography carry our personal stories, I think the most personal discourse can be most universal across the world," according to RM.

Suga also expressed his thanks to director Bong Joon-ho who mentioned BTS as one of talented artists in South Korea during his speeches following his Oscar victories for "Parasite" earlier this month.

After taking three No. 1s on the Billboard 200 chart, the band is, to be honest, under pressure for another rounds of hits with "Map of the Soul: 7," he said.

Touching on his possible military enlistment this year, member Jin said, "nothing has been decided about the issue so far."

"But the military duty is a duty ... and even after a decision (on the matter) was made, I will try to do a good job," Jin said.

The new BTS album has shown signs of rewriting K-pop history already, selling a record volume of copies since its release last Friday.

As of Monday morning, the album sold more than 3 million copies within the first 65 hours since its release, setting a new first-week sales record, according to Hanteo Chart.

As there are three days to go before the first week of the album release, the sales figure is expected to grow. 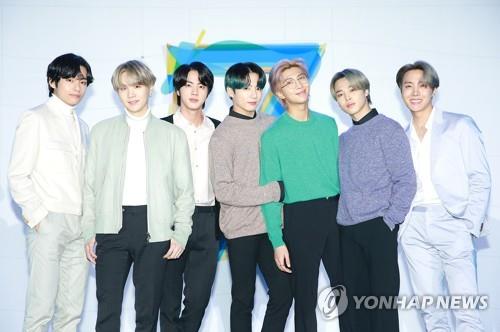 After seven eventful years, BTS learns 'how to keep balance'

After seven eventful years, BTS learns 'how to keep balance'