In the U.N.-sponsored conference held on Feb. 24 (local time), Kang said, "It is critical to resume the nuclear negotiations between Washington and Pyongyang as early as possible so that all stakeholders keep and build on the hard-won momentum for dialogue."

The foreign minister said South Korea "stands ready to engage with the North" in a way that facilitates the U.S.-North Korea dialogue.

At a conference on disarmament held in Geneva last month, North Korea said it no longer felt bound by commitments to refrain from testing nuclear weapons and launching inter-continental ballistic missiles, as Washington ignored Pyongyang's year-end deadline for nuclear talks. 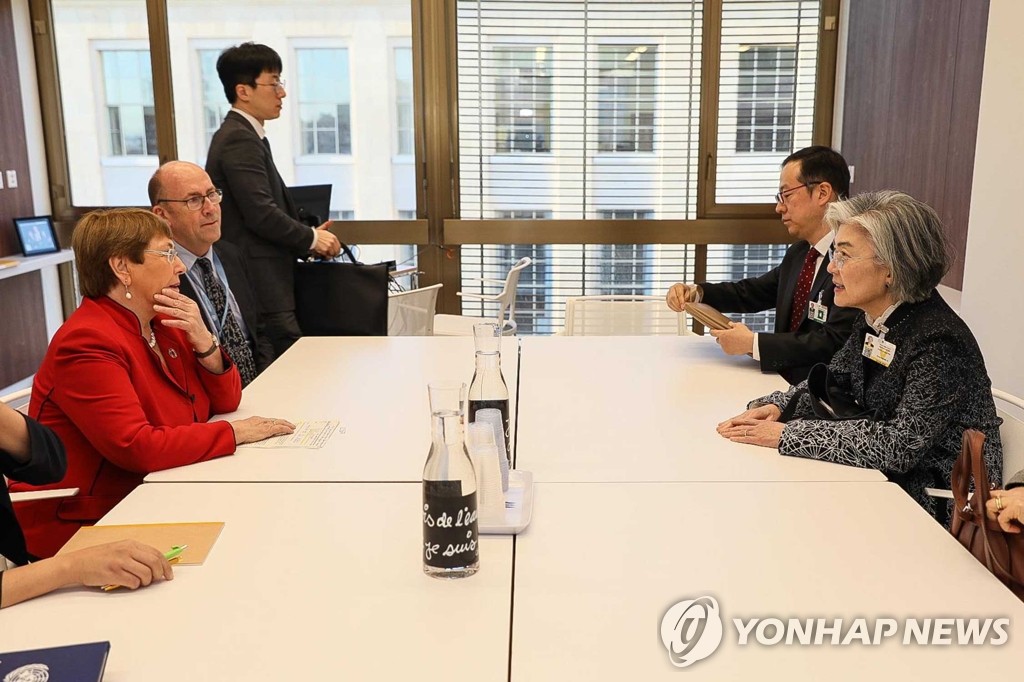 While in Geneva, FM urges resumption of U.S.-North Korea talks

While in Geneva, FM urges resumption of U.S.-North Korea talks