SEOUL, Feb. 25 (Yonhap) -- About 400 South Korean tourists returned home from Israel on Tuesday on two chartered flights that the Middle Eastern nation arranged for them over concerns about the new coronavirus.

The first El Al Israel Airlines plane, with 221 passengers on board, arrived at Incheon International Airport earlier in the day. About six hours later, the second flight, with three Japanese nationals among its 199 passengers, landed at the same airport.

South Korea and Israel had been in talks to prepare a third flight for the remaining Koreans but decided not to operate one due to low demand, Seoul's foreign ministry said later in the day. Those wishing to return will travel via available commercial flights, it added.

The flights were arranged at the Israeli government's expense following a surge in the number of COVID-19 cases in South Korea. As of Tuesday, there were a total of 977 confirmed cases, with 11 deaths.

On Saturday, Israel banned entry of some 130 South Koreans who arrived in Tel Aviv on a Korean Air flight. The next day it announced an entry ban on all foreigners who have traveled to South Korea or Japan.

Fears of the coronavirus mounted in the Middle Eastern nation after a group of South Korean tourists who recently traveled to Israel were confirmed to have contracted the virus.

Israeli media reported earlier that as of Monday morning there were 800-900 South Korean tourists in the country. 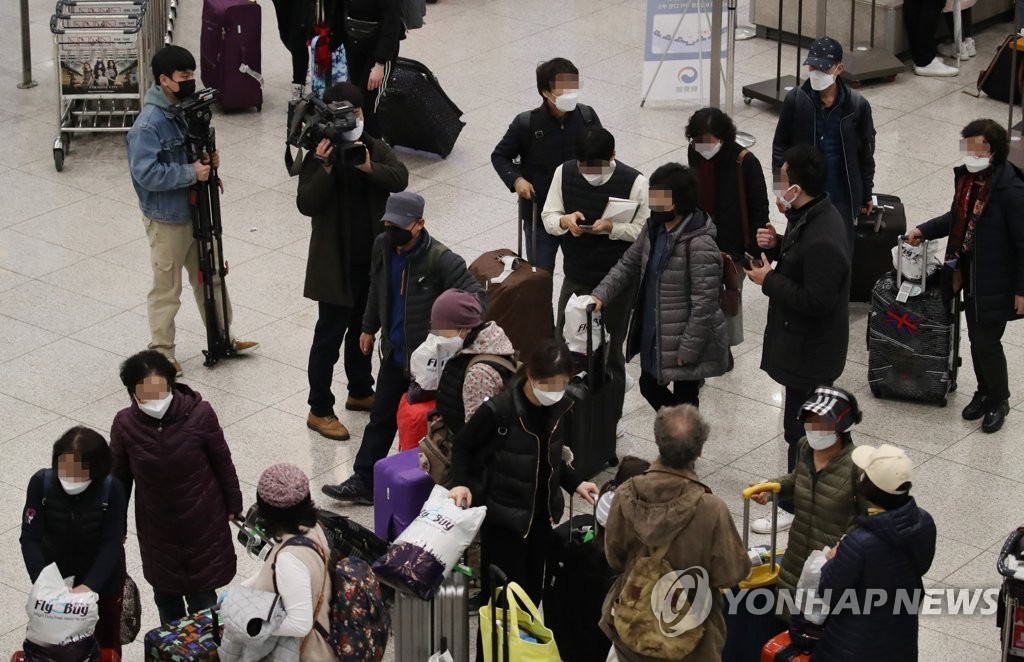