(ATTN: UPDATES with tally in 7th para)
By Oh Seok-min

SEOUL, Feb. 25 (Yonhap) -- The defense ministry on Tuesday said it has temporarily shut down its pressroom and briefing room for anti-coronavirus disinfection work after a cameraman with a local news outlet was admitted to a hospital with symptoms of the virus.

In a notice to reporters, the ministry said the facilities on the first floor of the ministry's main building in Seoul will be closed until Wednesday as a precaution against the COVID-19 virus.

The cameraman, who had been in the pressroom and briefing room on Monday, was admitted to hospital for pneumonia later that day, and he underwent a coronavirus test, according to officials.

"In an initial examination, he tested negative for the virus, and the final result will be available around Wednesday," an official noted.

The Joint Chiefs of Staff (JCS) has also banned visitors from accessing its building located in the same compound, he added.

As of 5 p.m., the number of coronavirus cases among service personnel stood at 18 -- 13 in the Army, three in the Air Force, and one each in the Navy and the Marine Corps, up from 13 patients tallied earlier in the day.

They are among the country's 977 total confirmed cases. The total includes 11 deaths of civilians.

To stem further spread of the virus into the barracks, the authorities are currently quarantining around 9,230 service members at their bases, according to the ministry.

Of them, about 520 people either have shown symptoms or had direct contact with patients, and the remainder had visited the southeastern city of Daegu and its surrounding regions recently, where there has been a spike in confirmed cases over the past week, the ministry noted. 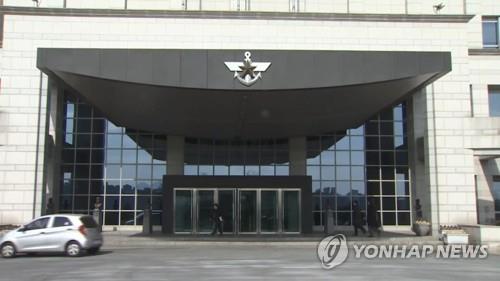 As part of efforts to stop the virus from spreading further in barracks, the authorities came up with additional measures, including halting off-installation drills and physical examinations for potential draftees.

Defense Minister Jeong kyeong-doo instructed swift preparations to assign personnel to the Army Daegu Hospital as it was designated by the government as a key coronavirus management facility, the ministry said.

The minister also called for further preventive measures, such as adjusting schedules of military-related screening tests and work-related travel.

In order to protect the force, the military has raised the risk level from moderate to high, and called for limiting non-mission essential in-person meetings and gatherings, as well as temporary duty travel and assignments.

The allies have been scheduled to stage their computer-simulated "combined command post training (CCPT)" for about 10 days in March after Crisis Management Staff Training (CMST), which is a kind of lead-up to the event, according to military sources.

"The two sides could shorten the period of the exercises or carry out part of their planned programs, rather than delaying or canceling them," a source here said, adding the decision is expected to be made as early as this week. 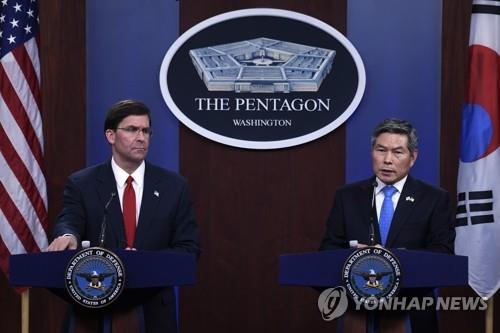