SEOUL, Feb. 25 (Yonhap) -- South Korea said Tuesday it will swiftly conduct tests on the new coronavirus on all followers of Shincheonji as the minor religious sect has agreed to provide the complete list of its members.

The government said the Shincheonji church has agreed to offer the list of its worshipers and their contact numbers to support state quarantine efforts to curb the fast spread of COVID-19.

The move comes as about 60 percent of all infection cases are linked to a Shincheonji church in the southeastern city of Daegu. South Korea has reported 833 cases of the new coronavirus, with eight deaths.

"(Once Shincheonji provides the list), the government will complete the tests on all Shincheonji followers as soon as possible and unveil the outcome transparently," said the central headquarters for disaster control in a statement.

Concerns about the fast spread of the virus in communities have heightened since last week, prompting the government to raise its alert level against COVID-19 to the highest level.

The government said it has elicited cooperation from the religious sect after expressing its commitment to take legal measures against Shincheonji if it does not fully join the government's drive to contain the virus.

The religious organization, known as Shincheonji Church of Jesus, Temple of the Tabernacle of the Testimony, confirmed that it is in full cooperation with the government's all-out measures.

"We've decided to submit the complete list of our believers so they can undergo extensive testing," Lee Man-hee, the founder of the homegrown religion, said in a statement posted on its website Tuesday. "Also, we will have our initiates undergo tests for the COVID-19 virus."

About 215,000 people are believed to be Shincheonji followers in the country.

The religious group has been suspected as a hotbed for the recent soar in infections of the COVID-19 virus in the southeastern regions of Daegu and North Gyeongsang Province.

The surge coincided with the confirmation of the 31st patient, a follower of a Shincheonji church in Daegu, who tested positive for the highly contagious virus last Tuesday.

The 61-year-old Daegu citizen reportedly visited the church four times in total before and after feeling symptoms of the coronavirus infection.

There are more than 9,000 Shincheonji members in Daegu, most of whom have been placed in self-quarantine, while about 1,200 people have shown COVID-19-related symptoms. 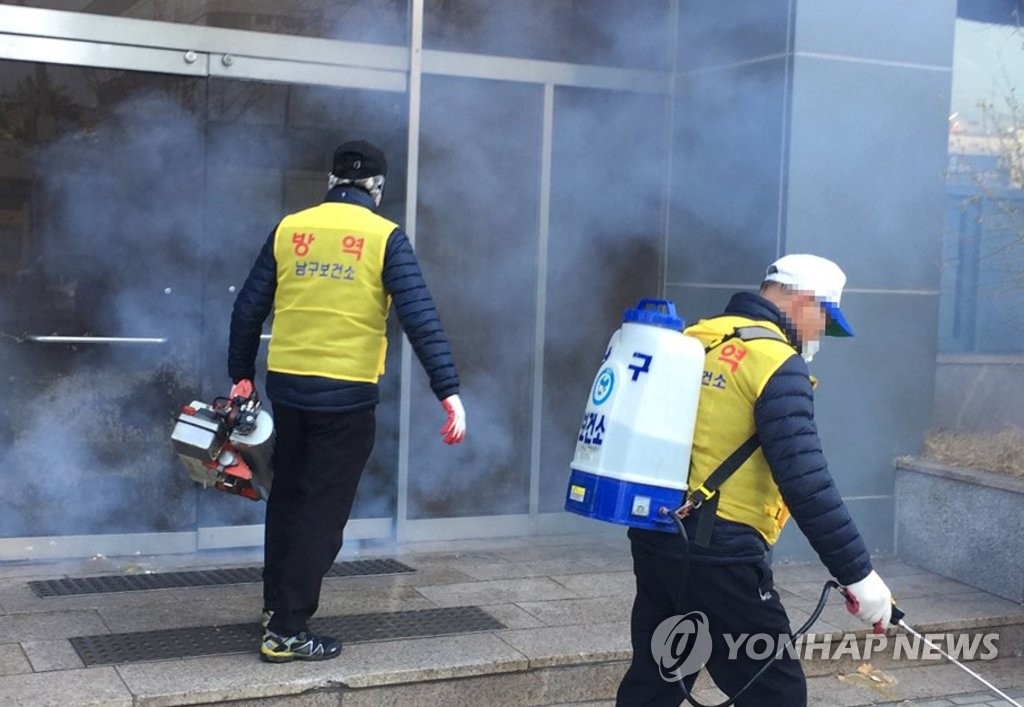