Kang made the remarks as more than a dozen countries have imposed entry restrictions against visitors from South Korea that has so far reported 833 infections and eight fatalities despite its stepped-up containment efforts.

"My assessment is that it was an excessive response. ... Repatriating people who have already entered the country is different from just imposing entry restrictions," the minister said in an interview with Yonhap News Agency in Geneva on Monday.

"We are closely watching measures by each country, and our diplomatic missions are closely communicating with their host countries to prevent them from making excessive responses," she added. 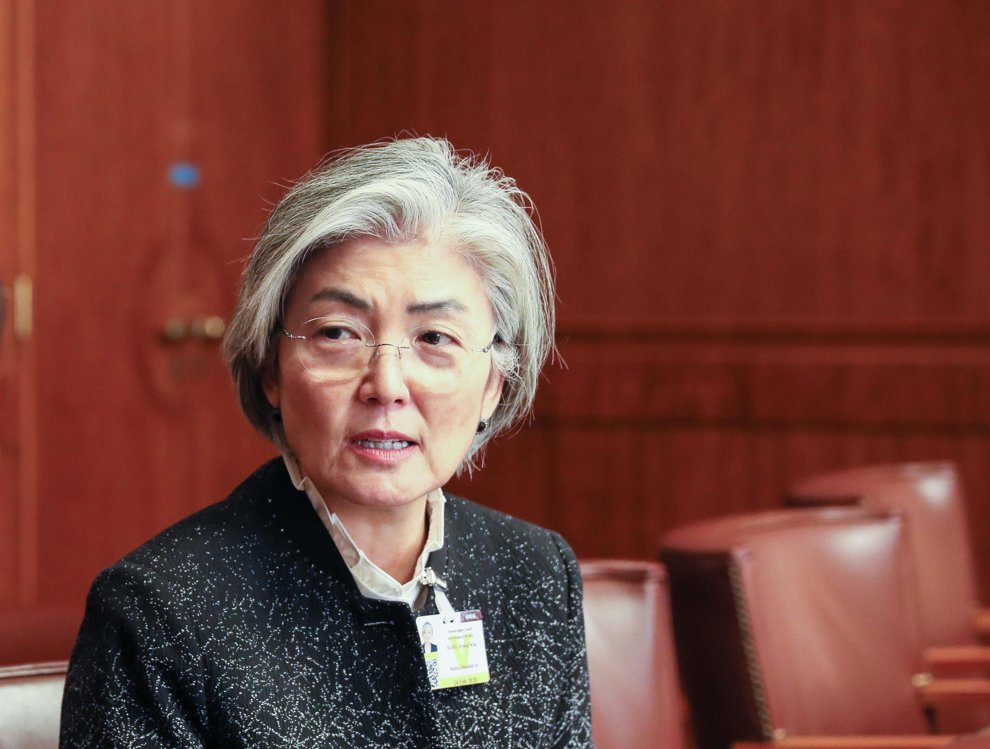 Last Saturday, Israel abruptly barred nearly 180 foreigners, including 130 Koreans, aboard a Korean Air flight, from entering the country and turned them back -- a move that led to the suspension of planes to South Korea and made it difficult for other Korean tourists to find flights back home.

On Monday, about 400 South Korean tourists, who were already in Israel and stranded due to the suspension of flights, headed home on two chartered flights that the Israeli government provided in cooperation with Seoul.

Touching on growing public calls to prevent people from China and other COVID-19-stricken countries from entering Korea, Kang reiterated that Seoul has already banned the entry of foreigners from China's central Hubei province, where the epicenter of the virus is located.

"Though the safety of our citizens is the top priority, South Korea is a country heavily reliant on trade," Kang said. "We need to make decisions based on our exhaustive considerations of what results those decisions would bring about."

Kang was in Geneva to attend a set of international conferences, including the 43rd session of the Human Rights Council.

At the session on Monday, Kang voiced concerns over incidents of travel restrictions against people from the coronavirus-affected countries and stressed the need for joint efforts to prevent them.

"I am deeply concerned about incidents of xenophobia and hatred, discriminatory immigration controls and arbitrary repatriation programs against individuals from the affected countries," the minister said.

"As more and more countries become affected by this disease, it is crucial that governments take steps to prevent these incidents and join forces in the global campaign to end it based on scientific evidence rather than taking action that would fan public panic."

The minister also cast Seoul's approach in dealing with the viral outbreaks as "people-centered" and fully transparent.

"We are informing the public of every development and every government action with full transparency, and beefing up the capacity of our disease control and medical facilities, which are already of the highest standards," she said.