SEOUL, Feb. 25 (Yonhap) -- Defense Minister Jeong Kyeong-doo has called off a planned visit to a U.S. veterans hospital during his trip to Washington due to concerns about the new coronavirus, his office said Tuesday.

Jeong had originally been scheduled to visit the Armed Forces Retirement Home in Washington on Monday (U.S. time) but instead held a video call with American veterans of the 1950-53 Korean War, according to the defense ministry.

"As a representative of our government and people, I once again express the highest respect and gratitude for protecting the freedom and peace of South Korea with the sacrifice of blood and sweat," Jeong said during the video meeting.

The cancellation of his hospital visit followed a surge of COVID-19 cases in South Korea, with the government carrying out all-out efforts to prevent the further spread of the virus. A total of 833 infections and eight fatalities have been reported here as of Monday.

On the same day, Jeong also visited a Korean War memorial park in Washington with U.S. Defense Secretary Mark Esper on the occasion of the 70th anniversary of the outbreak of the Korean War. It marked the first time the defense chiefs of the two countries laid flowers together at the park, according to the ministry.

Jeong left Seoul on Sunday for talks with Esper in Washington and is set to return home Friday. 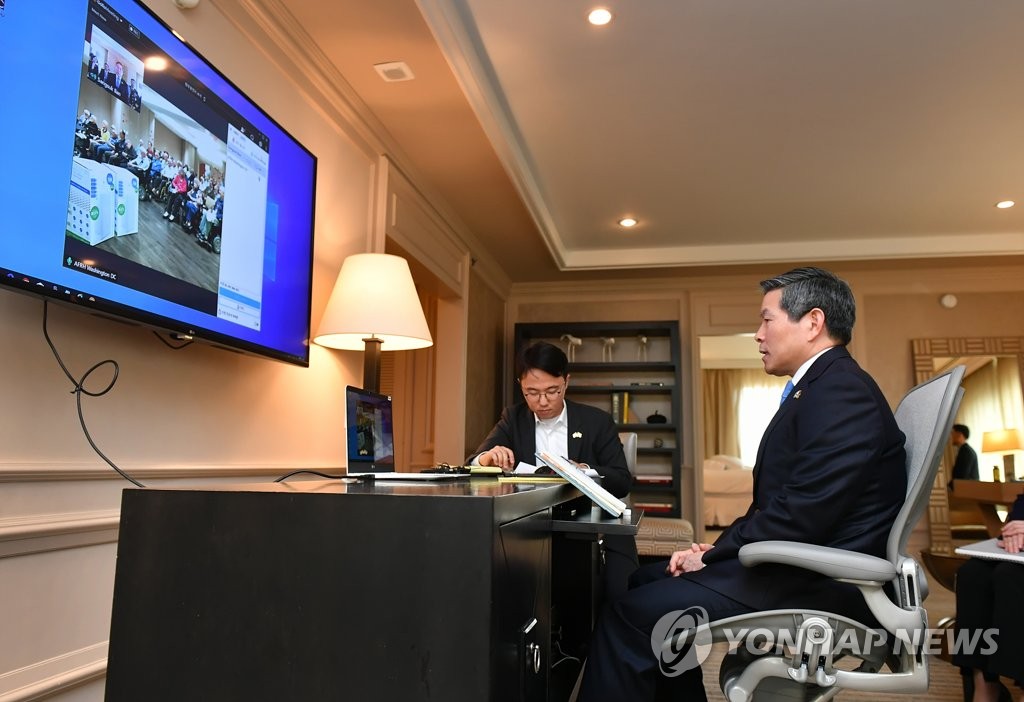