SEOUL, Feb. 25 (Yonhap) -- Major South Korean companies said Tuesday they have allowed their employees to work from home as a precautionary measure as the novel coronavirus is spreading quickly across the country.

South Korea has so far reported 977 confirmed cases, with most cases occurring in the southeastern city of Daegu and surrounding North Gyeongsang Province.

South Korea revised its public health guidance on Monday, ordering people with fever or respiratory symptoms to stop going to schools and companies and refrain from going outside. 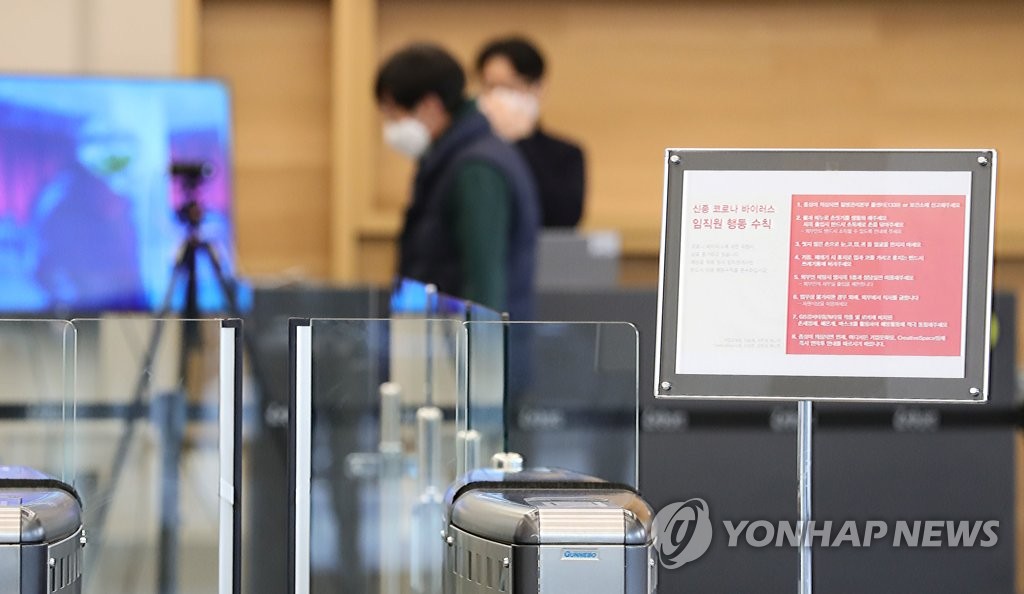 To protect their employees and business sites from the novel coronavirus, also known as COVID-19, many South Korean companies started to adopt a remote working system.

SK Group, South Korea's third-largest conglomerate, said SK Innovation Co. and SK Telecom Co. and four other affiliates have advised their employees to work from home for the next few weeks, although the exact period and scale of the remote work system can differ from company to company.

Only essential staff will come to work during that period, according to SK Group.

Kakao Corp., the operator of South Korea's leading mobile messaging app Kakao Talk, said all of its employees are allowed to work from home from Wednesday.

Samsung Group said it has ordered employees who are either pregnant or have a pregnant wife to work from home at least until Sunday. LG Group has also allowed its pregnant employees and those with young children to work at home until further notice.

LG Electronics Inc. ordered its employees in Daegu to work from home and advised them not to come to production sites for the time being, adding that the company is checking its cloud and network systems to prepare for remote working.

Foreign companies, including Intel and Microsoft, also advised their employees in South Korea to work remotely and actively use video and teleconferencing.

Some companies said they have yet to allow remote working for all employees, but they told those who are suspected to have stayed in areas visited by infected patients to self-quarantine and work from home.

The Korea Chamber of Commerce and Industry, the country's leading business lobby group, already recommended that its 180,000 member companies allow their employees to work from home and use staggered work hours if they have to come to work.