SEOUL, Feb. 25 (Yonhap) -- The United States, France and Taiwan have advised their nationals against all non-essential travel to South Korea, and Hong Kong has joined about half a dozen others in slapping entry restrictions on visitors from the country as it is rocked by a steady increase in coronavirus infections.

South Korea has seen a massive increase in the infection tally over the past week, with the number jumping from about 30 on Feb. 17 to 977 cases as of Tuesday. 11 people have died from the disease.

On Monday (U.S. time), the U.S. Centers for Disease Control and Prevention issued the highest type of travel health notice for South Korea, recommending that Americans avoid all nonessential travel to the country due to the spread of the coronavirus there.

The new action came only two days after the CDC issued a Level 2 "alert" calling for "enhanced precautions" when traveling to South Korea. The U.S. State Department has raised its travel advisory for Korea by one notch to Level 2 on a four-level scale. 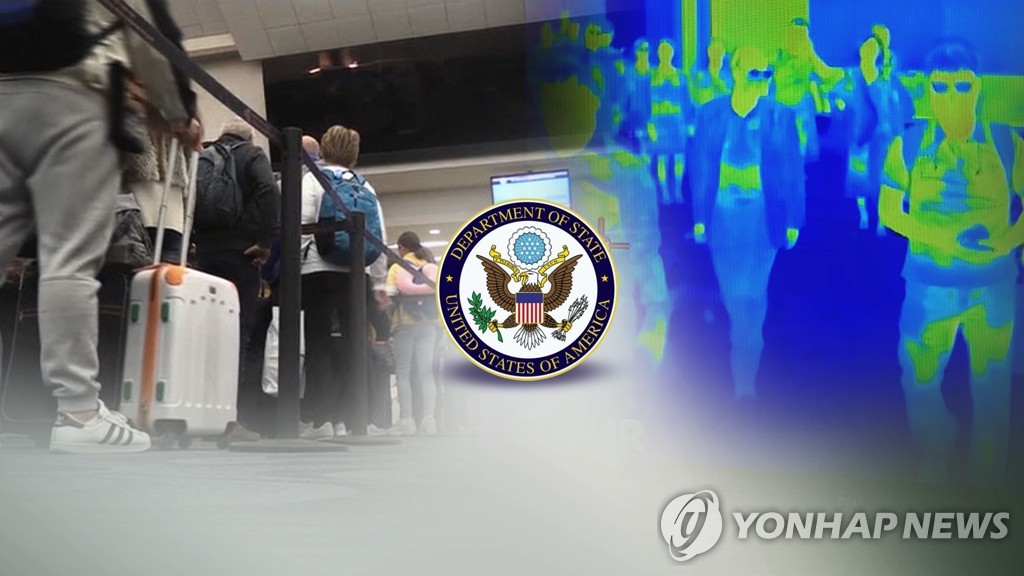 France also marked up its own travel advisory for South Korea from its normal "green" to a "orange" alert level, which is the third highest in its four-tier warning system.

Under this heightened alert level, Paris is recommending that its nationals avoid all nonessential travel to South Korea due to the spread of the coronavirus. Independent of the action taken by the country's foreign ministry, French education authorities have sent notices to frontline schools to put students who have recently been to South Korea on self quarantine for 14 days, with this rule to be applied if a family member of the student visited South Korea.

In addition, Taiwan has advised its people to avoid all non-essential travel to South Korea, while Japan has issued a similar recommendation against traveling to two provincial areas in South Korea's southeast where the bulk of recent COVID-19 infectionsehave been reported.

The semi-autonomous Chinese territory of Hong Kong was the latest of 23 countries and regions that have slapped entry bans on or toughened their quarantine processes for Koreans and foreigners with a record of visits to South Korea in the past two weeks.

At least 17 countries -- including Britain, Ethiopia, Kyrgyzstan, Turkmenistan, Kazakhstan, Oman, Qatar, Singapore and Thailand -- have added South Korea to a list of virus-struck countries subject to tighter entry processes that could include tougher monitoring and mandatory clearance after a 14-day isolation period.

Qingdao, a Chinese city in the eastern province of Shandong, is also checking all passengers from South Korea for the virus.

Mongolia and Kuwait announced a temporary suspension of flights to and from South Korea.

Health authorities of Taiwan, Australia, New Zealand, Canada and Singapore have also adjusted the advisories recommending their people not travel to Korea and its southern city of Daegu and a nearby county, which are responsible for the recent spike in COVID-19 infections.

In a bid to prevent further repercussions, the foreign ministry held a meeting with officials from 103 foreign diplomatic missions in Seoul on Tuesday to brief them on the country's containment efforts and to call for the countries to refrain from enacting excessive measures, such as entry bans.

"We explained to them our quarantine measures and asked each country to refrain from taking excessive measures out of fear or because of inaccurate understanding of our domestic situation," Kim Gunn, deputy foreign minister who headed the meeting, told reporters.

Israel, one of the first countries to impose an entry ban, unexpectedly barred some 130 South Koreans who arrived in Tel Aviv on Saturday from entering the country. The entry ban had come before it officially announced the decision on the entry ban.

Seoul has voiced regret over similar decisions being made by a few countries without prior notice.

On Monday, Israeli authorities flew two chartered flights at their own expense to send back about 400 South Korean tourists stranded there following the entry ban. 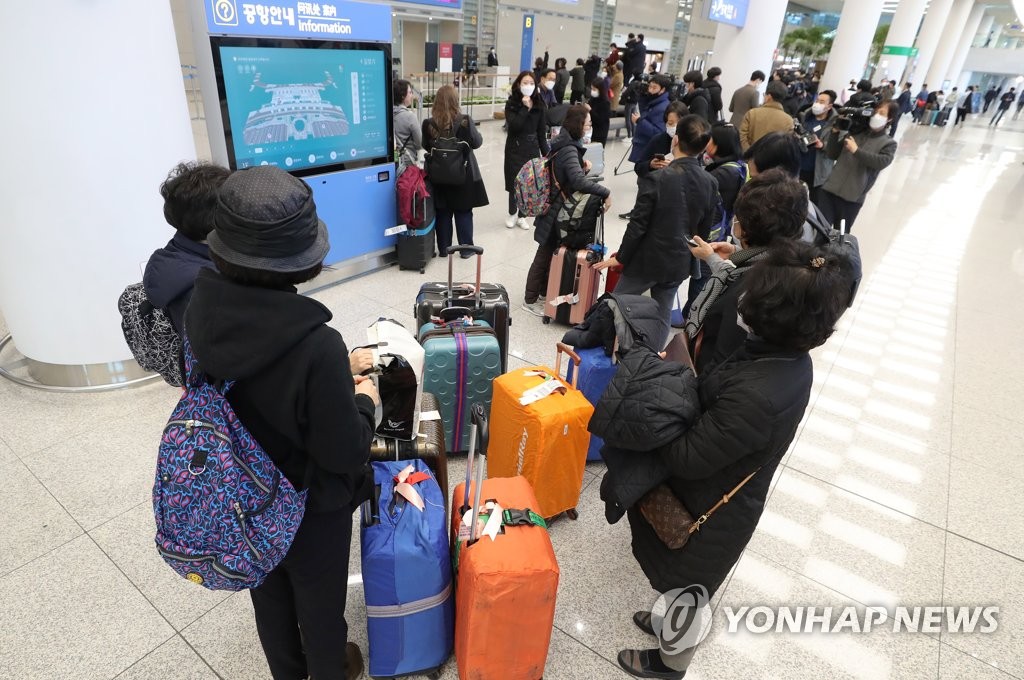