SEOUL, Feb. 25 (Yonhap) -- Cheong Wa Dae dismissed a call Tuesday to block the entry of all people coming from China, stressing the need for a "scientific," not emotional, approach.

As the number of confirmed COVID-19 cases has shot up in South Korea, mostly in the southeastern city of Daegu and nearby areas, the Moon Jae-in administration has come under growing pressure to take the step, albeit belated in the eyes of critics.

Limited travel restrictions are in place against those who have stayed in China's Hubei province, the capital of which is Wuhan, the epicenter of the novel coronavirus.

South Korea's conservative main opposition Future United Party has urged the government to impose an across-the-board entry ban, a demand supported by editorials of some conservative newspapers here. Tens of thousands of Chinese students are returning here after the winter vacation season.

A Cheong Wa Dae official, however, cited a view among medical and quarantine experts questioning the actual effectiveness of such cross-border travel restrictions in containing the infectious disease.

"A related decision should be based on scientific evidence, rather than emotion," the official said on the customary condition of anonymity.

He pointed out that South Korea has elevated its virus risk alert to the fourth and highest level of "red" from "orange."

It means focusing on broadening individual screening programs and quickly locating people infected with the virus in regional communities for timely quarantine and treatment, as well as managing fatality rates, he said. 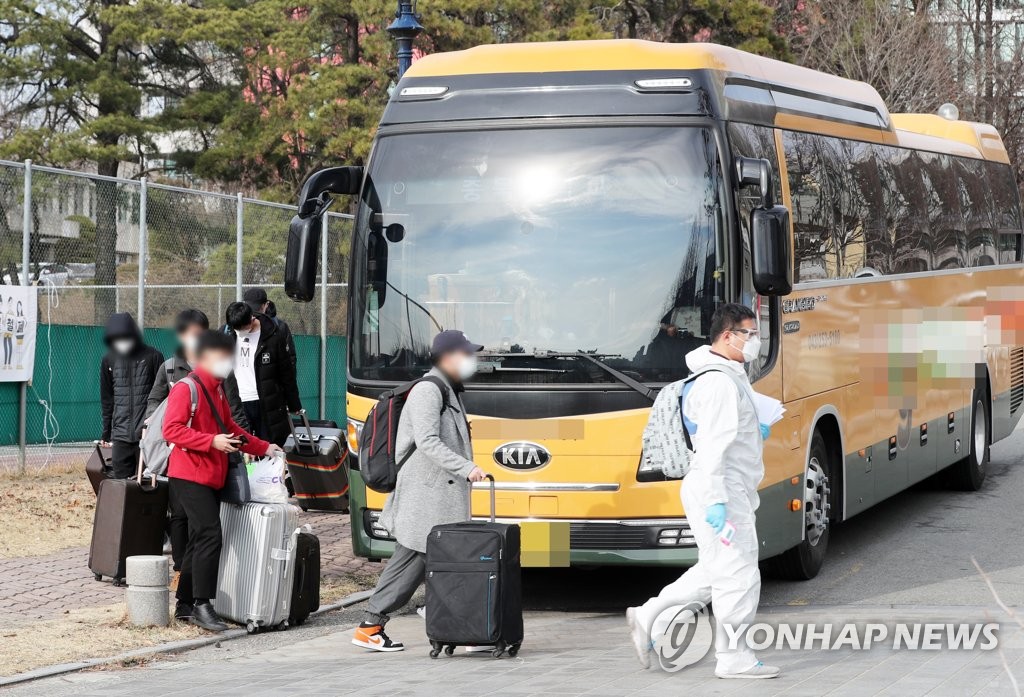 The officials said the issue was discussed during the president's meeting with a group of South Korean experts on infectious diseases Monday.

Prime Minister Chung Sye-kyun also stated that it's "realistically" difficult to virtually close the border with China even temporarily, given diplomatic and economic relations between the neighboring countries.

"South Korea's exports to China account for 25 percent of the total, with 20 percent of imports dependent on China," Chung said at a press briefing Monday.

He said the government has maintained a "manageable situation" in terms of the number of Chinese visitors, which has dropped considerably since the outbreak of the virus here.