SEOUL, Feb. 25 (Yonhap) -- Prime Minister Chung Sye-kyun on Tuesday called for extraordinary efforts to contain the coronavirus outbreak that is at a critical juncture this week.

"This week is a critical juncture to assess whether it will spread nationwide or not," Chung said presiding over a Cabinet meeting.

"The government raised the crisis alert to the highest level on Sunday. Preemptive and active measures are needed more than ever," he added.

He called for swift virus testing of the followers of the Shincheonji Church of Jesus, to which more than half of the nation's COVID-19 cases are linked.

The religious sect agreed to provide a complete list of its members and their contact numbers to the government, the health authorities said earlier Tuesday.

He instructed the virus response headquarters to conduct the tests on them promptly and disclose related information to the public.

During the meeting, Cabinet approved a plan to ensure a stable supply of protective masks. Under the special rule, effective from Wednesday until April 30, the government will limit mask exports to a maximum of 10 percent of total output and will distribute 50 percent through government and public organizations, the Ministry of Food and Drug Safety said.

The Cabinet also endorsed a plan to provide a total of 4.1 billion won (US$3.38 million) in support to universities that are temporarily quarantining Chinese students who have entered South Korea from their country.

Chung also emphasized the need to focus government efforts on the southeastern city of Daegu and surrounding North Gyeongsang Province, where the bulk of the nation's virus cases have occurred.

"The current situation is not just a matter of Daegu and North Gyeongsang Province, but a national problem, which we need to cope with in a pan-governmental way," he said.

Later in the day, he went to Daegu and will stay there at least until Saturday to lead containment efforts, his office said.

South Korea had reported 977 cases and 10 deaths as of Tuesday. 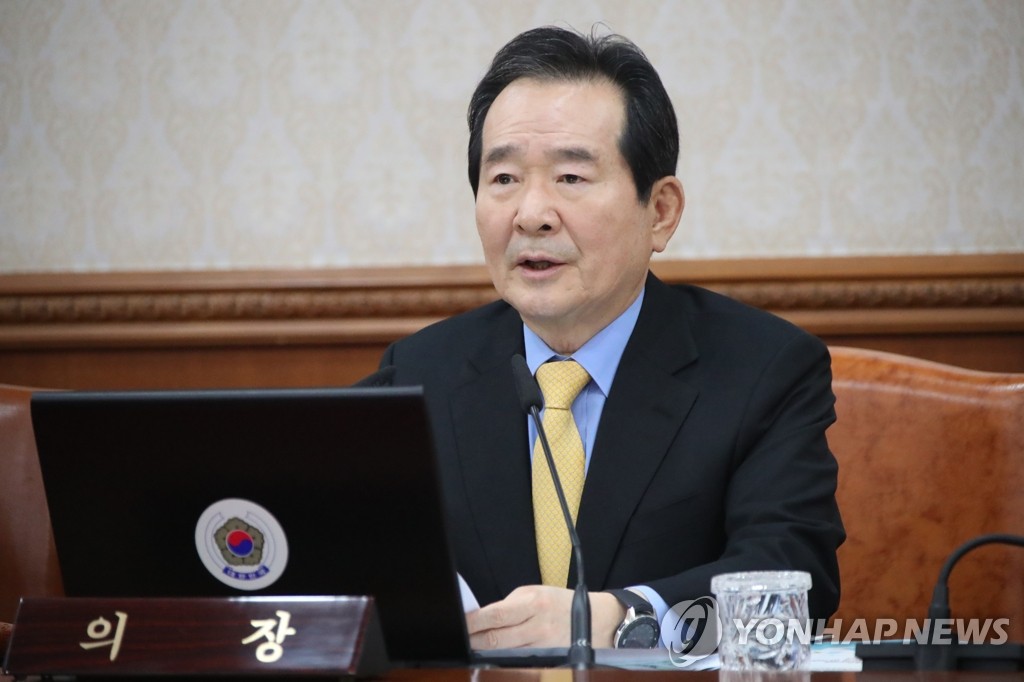