(ATTN: UPDATES with latest figures for infection cases throughout)

SEOUL, Feb. 25 (Yonhap) -- South Korea is witnessing a spike in the number of people infected with the new coronavirus, with a sheer number of cases reported at some facilities, raising concerns that more cases of mass infection may come.

The country reported an additional 144 confirmed cases of COVID-19 on Tuesday, bringing the total to 977 with 10 deaths.

Still, most of the fresh cases were attributed to clusters of mass infections in the southeastern city of Daegu and its surrounding North Gyeongsang Province.

At least 21 of the new 144 cases came from a small facility in Chilgok, located some 280 kilometers south of Seoul and just north of Daegu, which houses people with disabilities.

The latest mass infection case came one day after a 46-year-old resident at the facility was diagnosed with COVID-19. 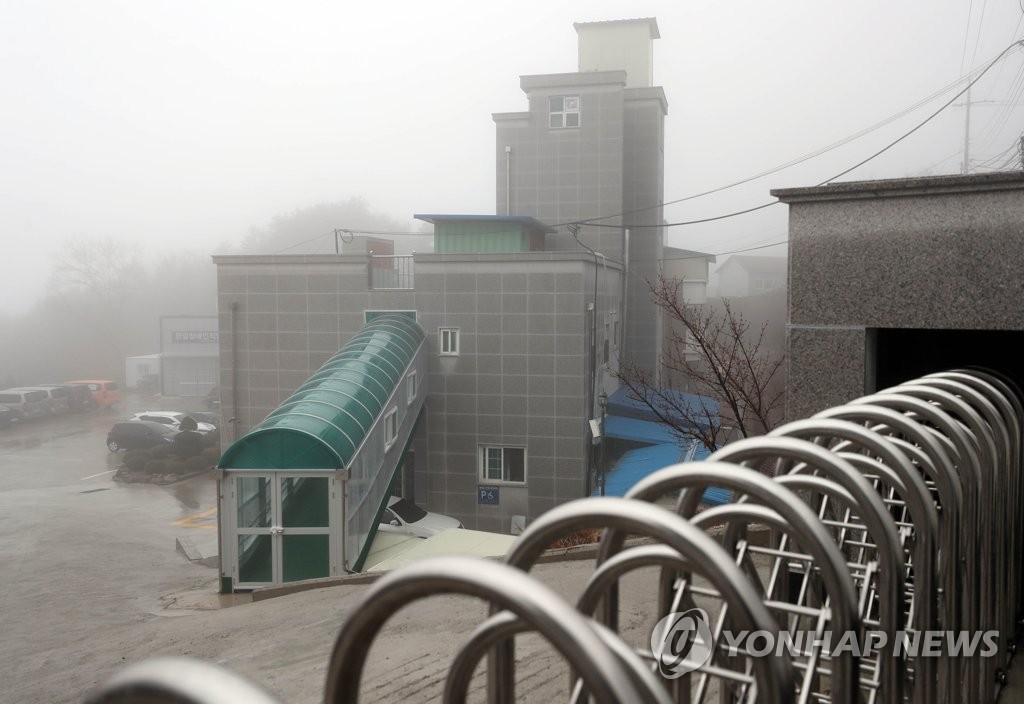 There were a total of 69 residents and staff workers at the Chilgok facility, according to health authorities.

All 69 have been tested for the novel virus, and those diagnosed with the disease will soon be admitted to nearby hospitals.

The remaining 47 who have tested negative will still be quarantined at the facility, they said.

The country reported its first cluster of infections at a church in Daegu, just south of Chilgok.

As of late Monday, some 450 confirmed cases had been linked to the church, located some 300 kilometers south of Seoul.

The country has identified at least three other cases of mass infection.

A total of 113 people, including nine medical workers, have been diagnosed with COVID-19 at a hospital in Cheongdo, located just south of Daegu in North Gyeongsang Province.

Nearly all infection cases at the hospital came from a closed ward there for mental patients. At least seven of the nine coronavirus-related deaths here so far came from the hospital.

To prevent further mass infections, the health ministry said it will test all patients at closed wards in some 420 mental hospitals throughout the nation.

Some 30 people from a Catholic church in Andong, North Gyeongsang Province, have also been infected with the disease following their trips to Israel between Feb. 8-16.

Where and when the Catholic pilgrims were infected is still not clear. 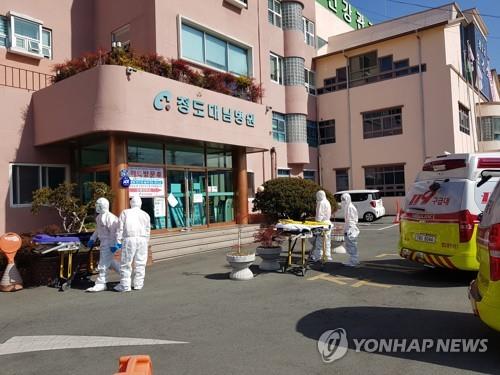 Another cluster of infections was reported at a church in Busan, the country's second largest city, located some 450 kilometers south of Seoul.

As of Tuesday morning, 22 people from the Busan church have been diagnosed with the potentially deadly virus following a fellowship trip.

Earlier reports said up to 150 people had taken part in the trips held between Feb. 14-17.

So far, 791 confirmed cases have been reported in Daegu and North Gyeongsang Province, accounting for more than 80 percent of the total, according to health authorities.

Partly to prevent additional cluster infections, the government has raised its alert level to the highest, while it is also advising people to avoid crowds whenever possible.

Meanwhile, a major church in Seoul said one of its curates has been diagnosed with the potentially deadly virus, possibly signaling that the church may emerge as a hotbed for another mass infection in the country.

The Myeongseong church is one of the major churches in the country, with more than 80,000 registered followers.

The curate was diagnosed about a week after he and five church members attended a funeral service on Feb. 14 at the hospital in Cheongdo that reported the cluster of mass infections and has since been placed under cohort isolation.

The church said the curate was present at the church service on Feb. 16 attended by some 2,000 church followers.

It said all church facilities have been shut down and that its weekend services will be suspended for an unspecified period of time, starting from this weekend.
(END)