Samsung had a 57 percent market share on its home turf in the last three months of 2019, down 14 percentage points from three months earlier, according to market researcher Counterpoint Research.

Apple was the No. 2 player with a 28 percent share in the fourth quarter, up 17 percentage points from three months earlier, thanks to its iPhone 11 series.

LG Electronics Inc. came in third place with a 15 percent share in the October-December period, down two percentage points from three months earlier. 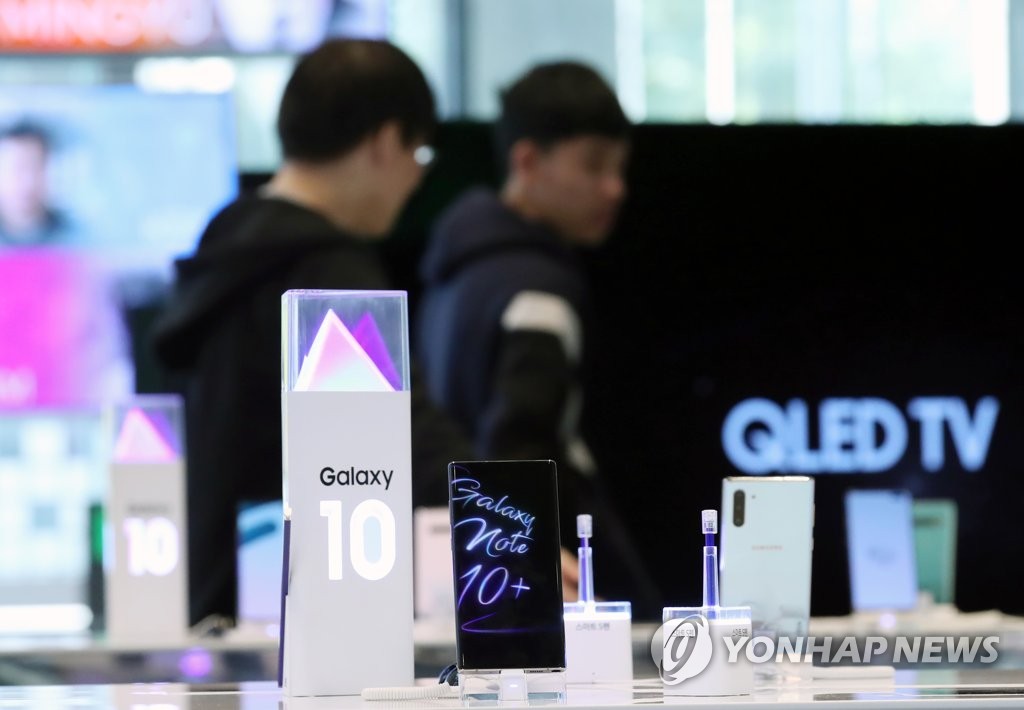 Seven of the top 10 bestselling smartphones in the fourth quarter were from Samsung, according to data.

Samsung's Galaxy Note10 Plus 5G was the top selling smartphone in the fourth quarter after edging Apple's iPhone 11. The Galaxy Note10 5G took the third spot, followed by the iPhone 11 Pro and the Galaxy A90.

Counterpoint Research said South Korea's smartphone market in the fourth quarter grew 1.6 percent from the previous quarter due to the release of new Apple smartphones and beefed-up 5G marketing.

For the first quarter of this year, Counterpoint Research said the release of new smartphones, such as the Galaxy S20 series and the Galaxy Z Flip, is likely to give a boost to the market.

The novel coronavirus outbreak isn't likely to disrupt production and supply of smartphones in the domestic market for the time being, Counterpoint Research said, but a spike in coronavirus infections in South Korea could damage consumer confidence.