(ATTN: UPDATES with more info in 4-5 paras and the latest tally in last para)
By Lee Chi-dong

SEOUL, Feb. 25 (Yonhap) -- President Moon Jae-in on Tuesday set this week as a deadline for a "clear turning point" in desperate efforts to counter the COVID-19 outbreak on a visit to Daegu, the source of the recent rapid proliferation of the deadly virus in South Korea.

He described the situation as "very grave" and said it is not enough to declare the city, 300 kilometers southeast of Seoul, as a "special disaster zone."

His government earlier designated the city of 2.5 million people and Cheongdo, a nearby county, as a "special care zone" due to a sharp uptick in the number of confirmed cases there over the past several days. Hundreds of people, largely followers of the Shincheonji religious group, have been diagnosed with the virus. Their Daegu church is presumed to be the epicenter of the local outbreak.

Health authorities said more than half of 977 confirmed cases are linked to Shincheonji.

The government also said it will check every member of the group for the COVID-19 virus. 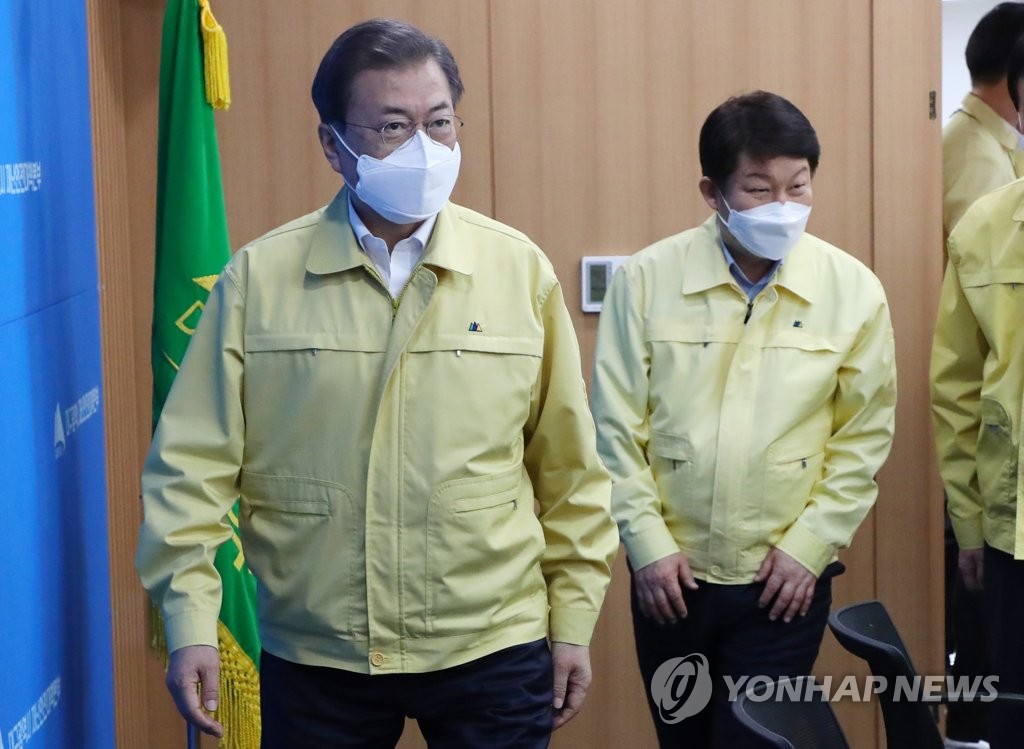 Moon's remarks indicated that his administration is considering designating Daegu, probably along with some adjacent areas, as a special disaster zone eligible for speedy financial and other administrative support with minimized red tape.

"The government will muster pan-national capabilities and win the fight against the virus together with Daegu and North Gyeongsang Province," he said.

To that end, he added, there should be a "clear turning point this week in the upward trend of the number of confirmed patients."

He emphasized the importance of time and speed.

The president pledged "sufficient" financial support for quarantine measures that would be reflected in the government's proposal of an emergency supplementary budget. 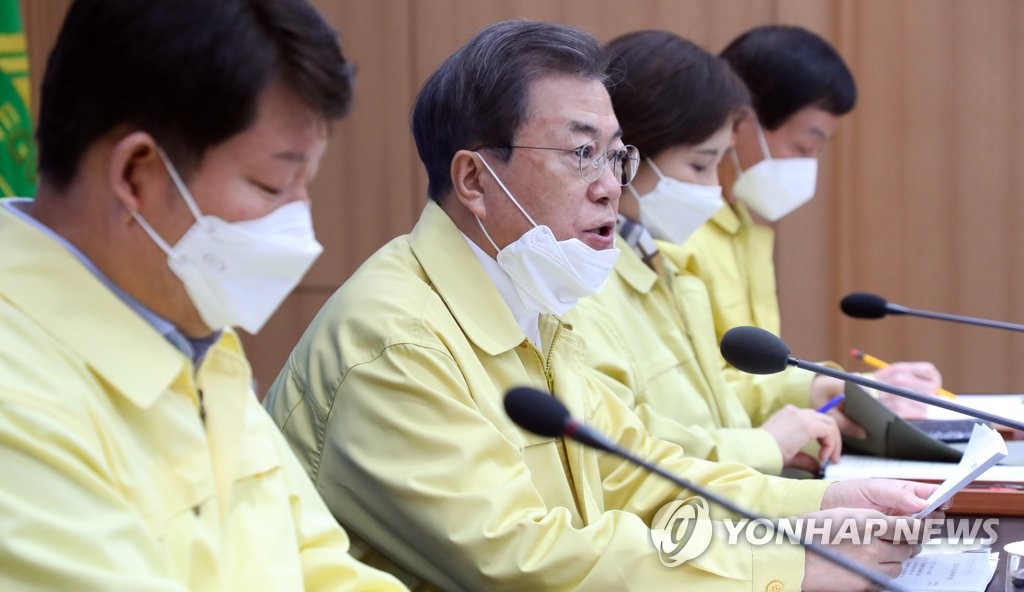 "This region is facing multiple crises, literally," he said. "The government is seeking special support measures to alleviate the socioeconomic damage that Daegu and North Gyeongsang Province are suffering."

Prime Minister Chung Sye-kyun plans to stay in Daegu for the time being, spearheading the onsite response, according to Moon.

He also sought to dispel public "misunderstanding" that the government may be trying to lock down the area.

Earlier in the day, Cheong Wa Dae, the government and the ruling Democratic Party held a trilateral policy consultation meeting in Seoul and agreed to take "maximum" quarantine measures over Daegu and the neighboring province.

The use of the word triggered uproar among local residents.

Moon said it does not mean the "lockdown" of a specific area.

"I would like to make clear that it's to curb the spread and proliferation (of the virus) to the maximum," Moon said on his first trip to Daegu since the virus outbreak. 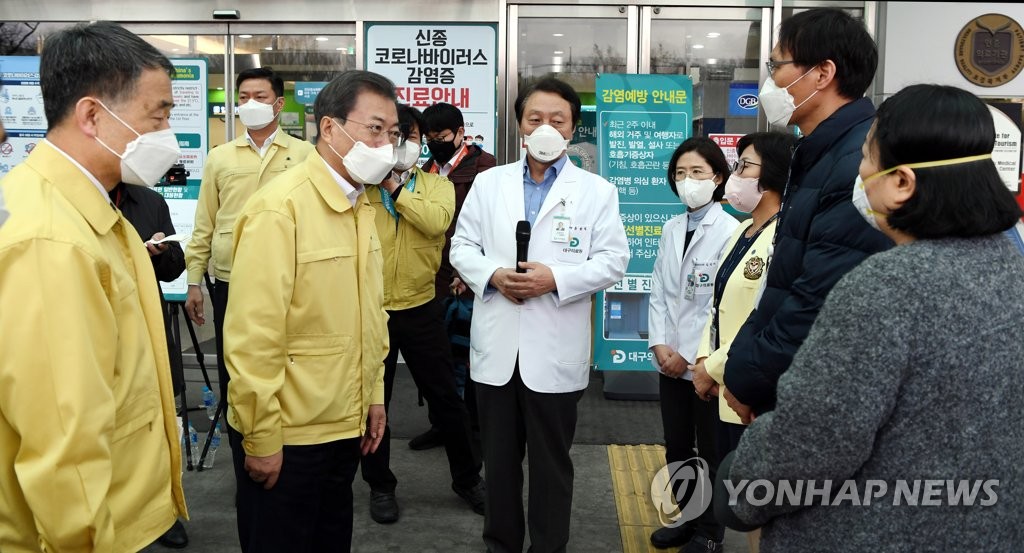 He then inspected Daegu Medical Center and met with a group of small shop owners in the city.

Moon pointed out that the world does not yet know exactly what the novel coronavirus is.

"We got to know a little bit, but we still don't know its entire characteristics," he said, expressing worries about the economic effects of the epidemic that hit the nation at a time when its economy was showing some signs of recovery.

"The economy has worsened quickly due to a sudden rise in the number of confirmed patients attributable to massive infections this time," he added. "The government regards the economic difficulty of Daegu as a problem of the whole Republic of Korea, not that of the city alone."

Wrapping up his hourslong schedule in Daegu, Moon noted that the region is going through "unprecedented difficulties" and said the government's resolve to support it is "unprecedentedly" strong, according to Cheong Wa Dae spokesperson Kang Min-seok.

South Korea had reported a total of 977 confirmed COVID-19 cases, including 11 deaths, as of Tuesday. Most of the patients reside in Daegu or the province around the city.