SEOUL, Feb. 25 (Yonhap) -- South Korean airlines said Tuesday they will extend flight suspensions to China and halt more flights on international routes due to the growing impact of the fast-spreading coronavirus outbreak.

With no end in sight for the COVID-19 outbreak in the country, Korean Air Lines Co., South Korea's biggest airline by sales, on Tuesday extended flight suspensions to China by one month through April 25.

Korean Air served 204 flights per week on 30 routes to China before the new coronavirus hit the airline industry. The numbers have plunged to 57 flights on 10 routes and look set to fall further unless the virus is contained. 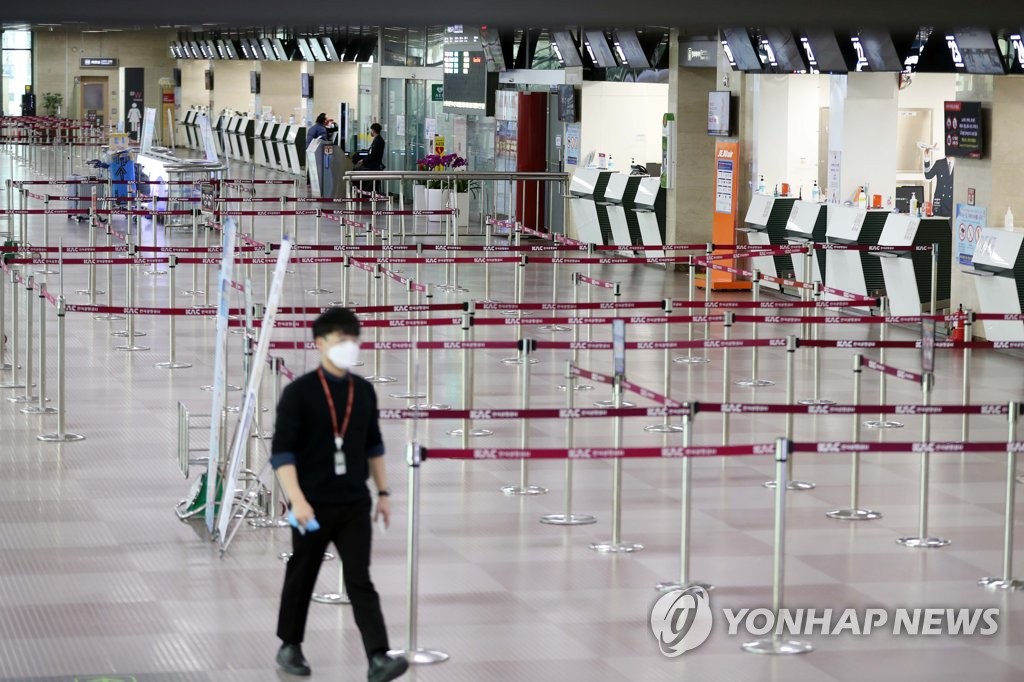 Early this month, the national flag carrier began to suspend or reduce flights on Chinese and other international routes to minimize the virus' impact on its earnings for the January-March quarter.

As one of its flight attendants was diagnosed with the coronavirus on Tuesday, Korean Air could be further affected by the outbreak.

"We are closely cooperating with the health authorities to keep the virus from spreading further," a company spokeswoman said without elaborating on what steps will be taken following the first confirmed case among its employees.

The Korean Air flight attendant is being taken care of by health authorities, an official at the Korea Centers for Disease Control and Prevention (KCDC) said without providing further details.

South Korea reported a total of 977 confirmed coronavirus cases and 11 deaths as of Tuesday.

Asiana Airlines Inc., the country's second-biggest carrier, said Tuesday it will halt or reduce more flights on Asian routes by mid-April. Its flights to China fell to 53 on 14 routes from 204 on 26 routes.

In its latest measure to weather the fallout from the virus, Asiana has asked all 10,500 employees to take turns going on 10 days of unpaid leave so the company can cut costs and avoid snowballing losses.

The company said it will also cut the wages of executives and managers by up to 40 percent on a monthly basis until the virus outbreak slows down.

Korean Air recently announced a plan to sell non-core assets, such as an idling property in central Seoul and its 100-percent stake of its leisure affiliate.

Among low-cost carriers, all executives at Air Seoul Inc. on Tuesday offered to resign in a show of their commitment to overcoming difficulties sparked by the coronavirus. They also returned a portion of their salaries -- as much as 30 percent -- this month and won't accept salaries next month.

Air Seoul said it will suspend some of its flights on Southeast Asian routes from next month amid a lack of operating capital. It already stopped services to China in late January. Air Seoul is a budget carrier unit of Asiana.

"The company has stopped selling tickets for some flights for the first two weeks of next month. It plans to announce countermeasures to minimize the impact of the virus outbreak on its business this week," a company spokeswoman said. 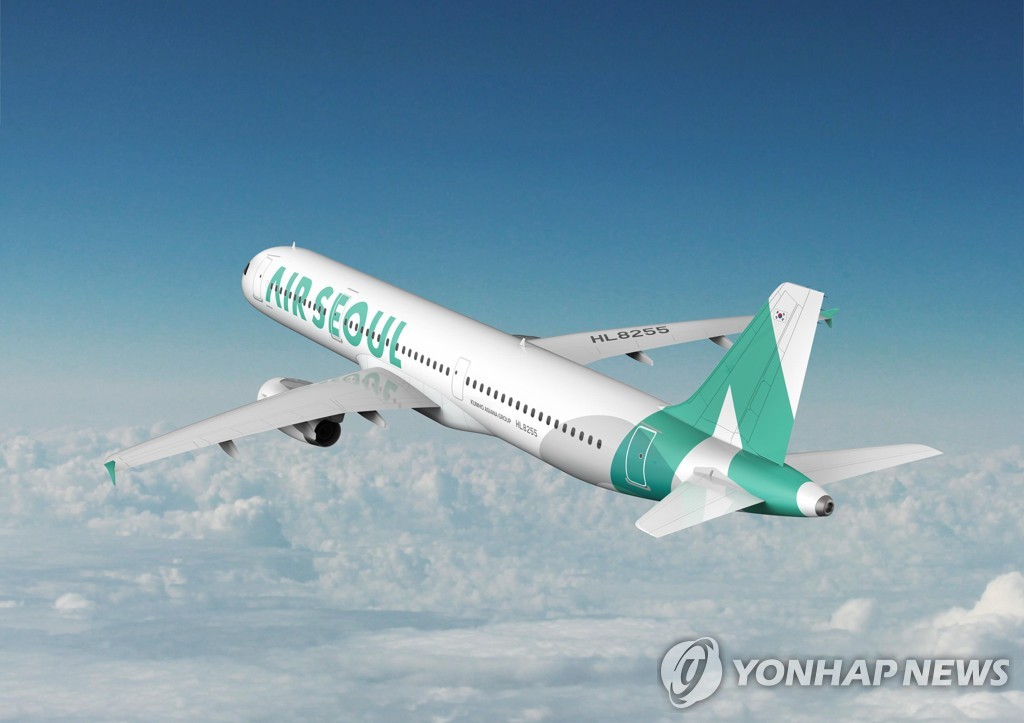 Out of its 17 routes to mainland China, Jeju Air currently operates the Incheon-Weihai route only. Its flights to Hong Kong and Macao are not in service, and flights to Taiwan are set to be suspended from Wednesday.

Jin Air Co., a low-cost carrier unit of Korean Air, and Air Busan Co., another Asiana budget carrier unit, have suspended all of their flights to China until the end of March.

Other low-cost carriers are taking similar steps to survive the repercussions of the virus outbreak.

For instance, Eastar Jet has paid 40 percent of salaries to its executives and employees this month.