SEOUL, Feb. 25 (Yonhap) -- With the number of confirmed coronavirus cases nearing 1,000 on Tuesday, South Korea vowed to maximize its containment measures in the southeastern city of Daegu and neighboring North Gyeongsang Province, where some 800 cases have been reported so far.

The 144 additional cases brought the nation's total infections to 977, according to the Korea Center for Disease Control and Prevention (KCDC). It marked a more than 30-fold surge since Feb. 18, when the number stood at 31.

Two clusters of infections -- at a branch of a religious sect in Daegu and a hospital in the neighboring county of Cheongdo -- have continued to expand, accounting for about 70 percent of the total cases in the country.

In his first visit to Daegu since the virus began spreading, President Moon Jae-in reassured the city's residents that his administration will spare no efforts to slow the pace of new infections within this week.

"The government will muster pan-national capabilities and win the fight against the virus together with Daegu and North Gyeongsang Province," Moon said.

To that end, Moon added, there should be a "clear turning point this week in the upward trend of the number of confirmed patients."

Earlier in the day, the government, the ruling Democratic Party and the presidential office decided to implement stepped-up containment measures in Daegu and North Gyeongsang but said there is no lockdown in the regions.

The government has designated Daegu and the adjacent county of Cheongdo as "special care zones" to better cope with the outbreak of COVID-19. 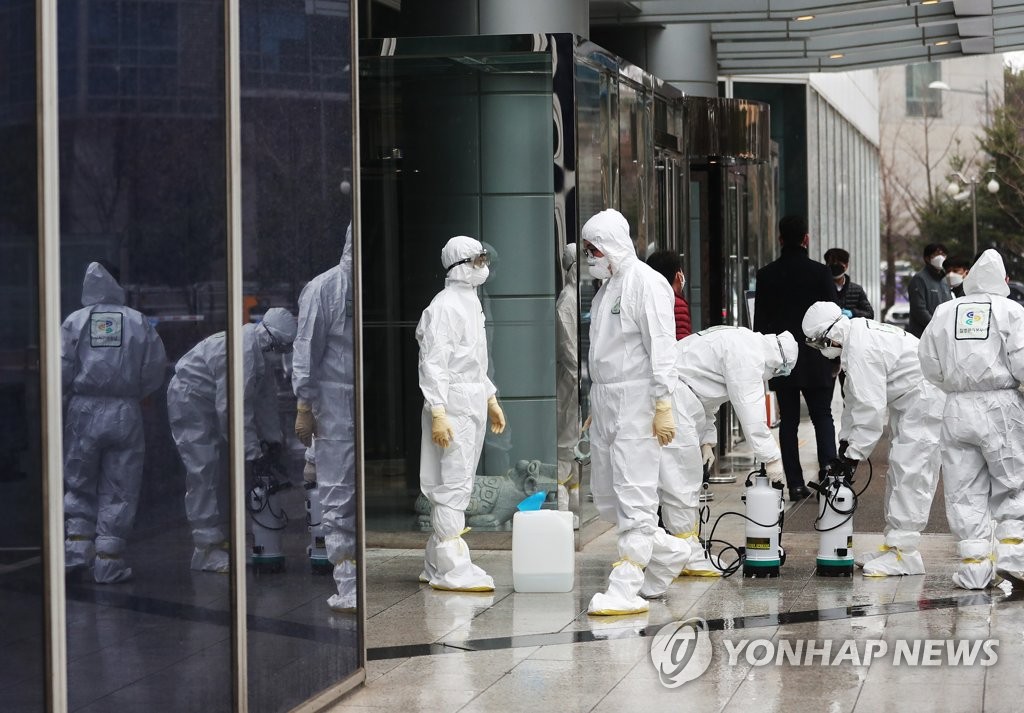 So far, 11 people have died in South Korea from the new virus that emerged in China.

The 11th fatality is a 35-year-old Mongolian man who was in South Korea to receive treatment for liver cirrhosis. He is the first foreign coronavirus patient in the country confirmed to have died and was diagnosed with the virus on Monday. The public health agency said it is trying to determine the exact cause of his death.

The 10th victim, a 58-year-old man who was hospitalized at the Cheongdo hospital, died on Tuesday, the KCDC said.

The ninth victim, a 68-year-old woman, was hospitalized in Chilgok, a town in North Gyeongsang Province, due to pneumonia on Sunday and tested positive for the virus on Monday before she died of respiratory failure, health authorities said.

The woman had come into contact with a confirmed carrier linked to the Daegu church, KCDC Director Jung Eun-kyeong told a daily press briefing.

Seven out of the 11 deaths are connected to the Cheongdo hospital, where over 110 people were confirmed to have been infected, Jung said.

The health authorities said they plan to test all followers of Shincheonji Church of Jejus as about 56 percent of the all confirmed virus cases in the country are traced to the minor religious sect's worship services in Daegu.

The Shincheonji church has agreed to provide a list of its worshippers, estimated at 200,000, and their contact numbers to support state quarantine efforts to curb the fast spread of COVID-19. 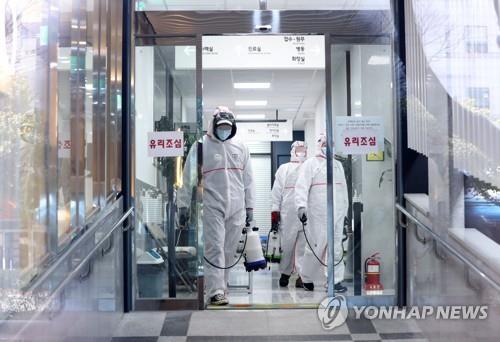 Nearly all major provinces and cities have reported some infections, with Seoul reporting another two cases, the KCDC said.

In another worrisome development, the cumulative number of virus patients in Busan -- at 3.5 million people, South Korea's second-largest city -- rose to 43, with 22 patients linked to a Christian church in the Dongnae district.

The 22 patients of the Oncheon church in Busan attended a three-day church retreat that ended on Feb. 17, officials said. It is still unclear how they were infected with the virus.

A total of 82 confirmed cases in Seoul and neighboring Gyeonggi Province have been confirmed, but most cases were linked to people who had traveled overseas, the KCDC said.

The number of people being checked for the virus and under quarantine came to 13,880, it added. The country has tested a total of 39,327 suspected cases, with 25,447 testing negative. 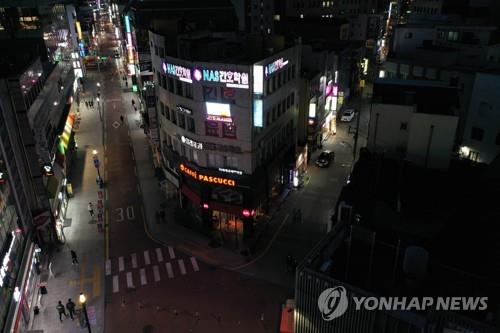