SEOUL, Feb. 25 (Yonhap) -- South Korea reported its 11th fatality from the new coronavirus, including the first foreigner, and 144 new confirmed cases on Tuesday, bringing the total number of infections here to 977.

A Mongolian national, with a history of liver diseases, died in a hospital located at outskirts of Seoul, according to a statement from the Korea Center for Disease Control and Prevention (KCDC). He had tested positive for COVID-19. 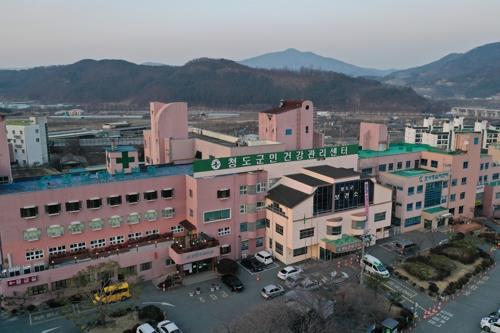 Details of the exact cause of his death have not been disclosed, with his doctors saying that it would be logical to rule that the patient died because of his underlying disorders.

The patient, suffering from hepatocirrhosis and end-stage renal failure, entered the country on Feb. 12 to receive a liver transplant.

Besides the latest death, the country reported two more fatalities related to COVID-19.

The 10th death of a man linked to a hospital in the southeastern county of Cheongdo. Details of the exact cause of the man's death have not been disclosed.

The ninth victim was a 68-year-old woman who had been hospitalized in Chilgok, a town in North Gyeongsang Province, due to pneumonia on Sunday and tested positive for the virus on Monday. Health authorities said she died of respiratory failure.

Seven of the 11 deaths are linked to the hospital, the KCDC said in a statement.

The number of newly reported virus cases in the daily update was smaller than the spike of 231 new cases a day earlier.

Two clusters of infections -- at a branch of a religious sect in the southeastern city of Daegu and a hospital in the neighboring county of Cheongdo -- have continued to expand.