SEOUL, Feb. 25 (Yonhap) -- A cabin crew member working for Korean Air Lines Co. has been diagnosed with the new coronavirus, a government official said Tuesday, adding to the woes of the South Korean national flag carrier.

"The Korean Air flight attendant is being taken care of by health authorities," the official at the Korea Centers for Disease Control and Prevention (KCDC) said over the phone.

The official did not provide any further details about the flight attendant.

The cabin crew member was found to be infected with COVID-19 after serving on the Incheon-Los Angeles route from Jan. 19-20. Previously, the person flew on the Incheon-Tel Aviv route, according to local media reports.

Korean Air, which has been hit hard by the spread of the coronavirus that has hurt the airline industry as a whole, did not go into detail but said its flight attendant did not board the same flight that was used by South Korean churchgoers who went on a pilgrimage to Israel. Many of the churchgoers afterwards tested positive for the coronavirus.

As of Tuesday, the country had reported a total of 977 confirmed coronavirus cases with 13,880 people being tested for the illness, and with the death toll standing at 11. 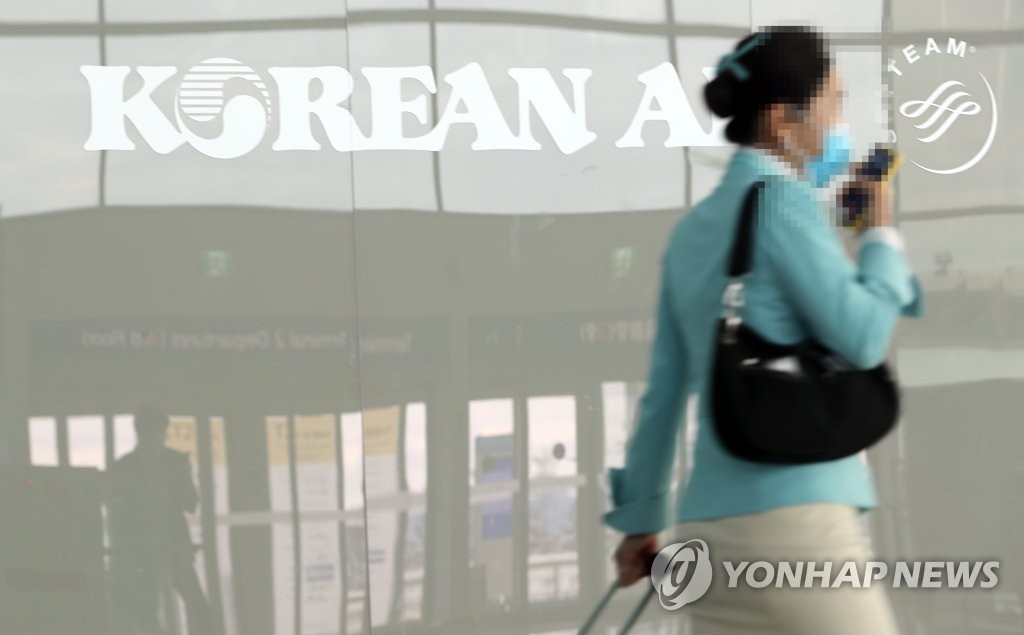