SEOUL, Feb. 25 (Yonhap) -- Former President Lee Myung-bak is set to be released from jail later Tuesday, six days after he was put into custody following a court ruling, as he re-appealed against the recent ruling.

"(The court) suspends the detention from Feb. 25 until the Supreme Court rules on the re-appeal case," Seoul High Court said, adding that Lee must remain at his home in southern Seoul.

The release comes after the appellate court sentenced him to 17 years in prison last week on charges of bribery and embezzlement. He was taken back into custody after he was released on bail on health concerns in March 2019.

Lee, who re-appealed last week's ruling, is known to have cited relevant law to get released.

The 78-year-old, who is currently held at a detention center in Seoul, is expected to be let go before midnight.

Lee has been mired in bribery and embezzlement allegations in connection with his brother's auto parts company, DAS, becoming the fourth ex-South Korean leader to be criminally convicted.

He has denied the allegations, repeating his claim that he is not the owner of DAS. 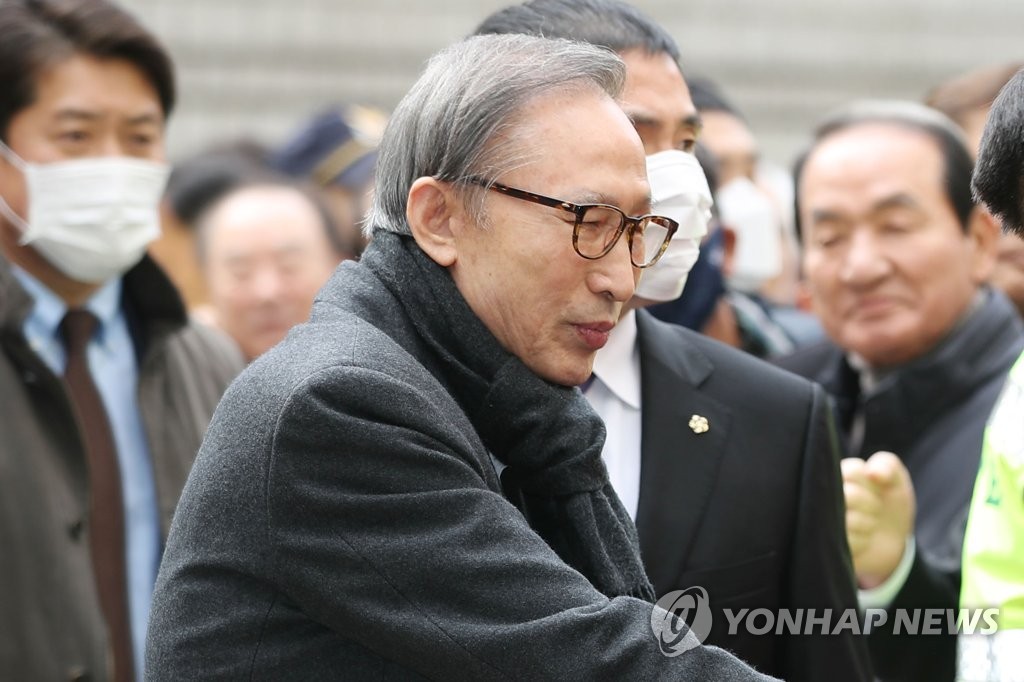