The Bank of Korea (BOK) left the base rate frozen at the current 1.25 percent.

The central bank has been keeping the policy rate at the record low level since October when its seven-member board made its second rate cut in three months as the economy showed signs of a recovery. 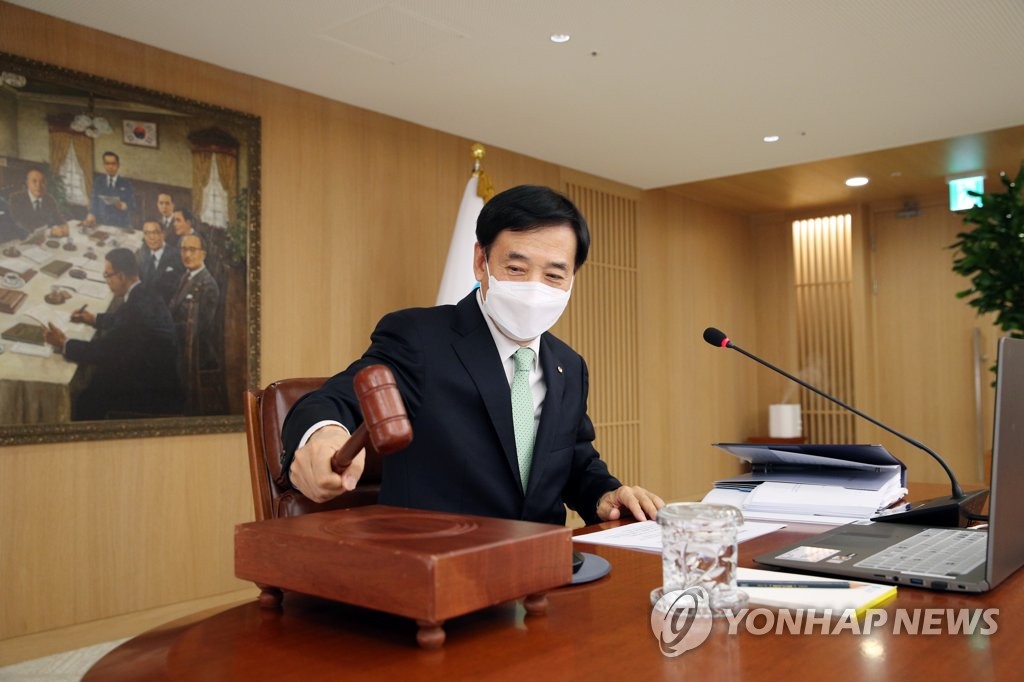 The decision to stand pat came despite a downward revision in the BOK's growth outlook for the local economy, published shortly after Thursday's monetary policy board meeting.

The central bank slashed its growth estimate to 2.1 percent, down from 2.3 percent forecast three months earlier.

Asia's fourth-largest economy expanded 2 percent in 2019, the slowest growth in a decade, largely due to the lengthy trade dispute between the United States and China, the world's largest importers of South Korean products.

The BOK said the virus outbreak will likely have only a short-term impact on local spending, adding that the country's consumer prices are expected to rise 1 percent this year as earlier forecast.

"Private consumption is expected to contract on a short-term basis due to the spread of COVID-19. However, it is forecast to recover at a rapid pace after the COVID-19 situation subsides," it said in a press release.

The BOK monetary policy board voted 5-2 to hold the base rate steady, according to BOK Gov. Lee Ju-yeol. 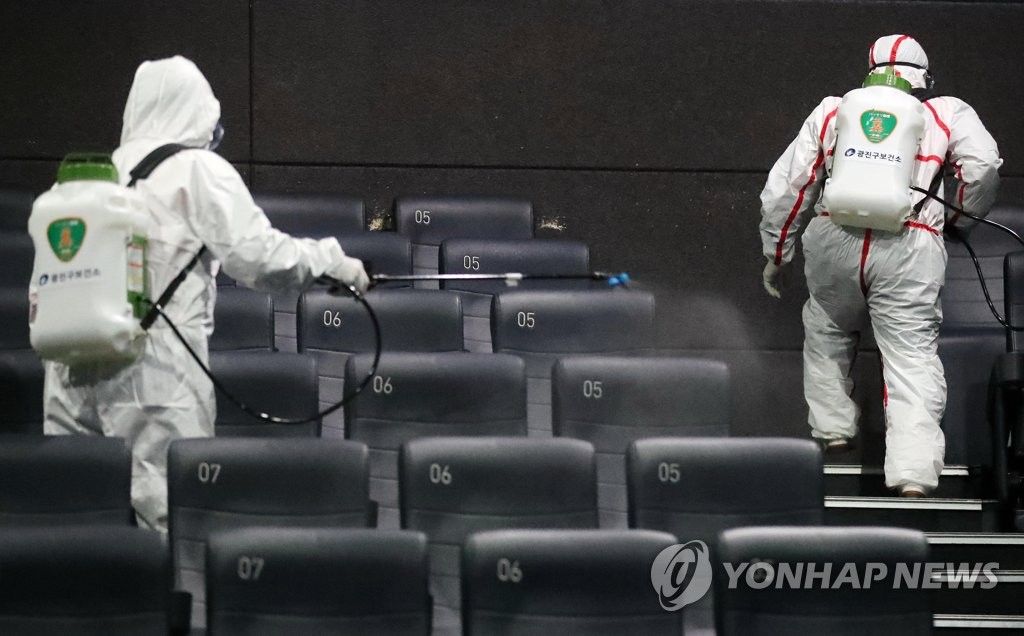 Lee noted the fallout from the new coronavirus will likely be greater than those from previous epidemics, saying the local economy may even shrink from three months earlier in the first quarter.

Still, he insisted microeconomic or industry-specific support may be more useful than a base rate reduction, at least for now.

"Microeconomic measures that provide support to specific industries that are most vulnerable to the outbreak, such as the service sector, will be more effective than monetary policy at this stage because the recent slump in local consumption is largely due to the spread of uncertainties instead of economic factors," Lee said in a press briefing.

As of Thursday, the potentially deadly virus has infected 1,595 people in South Korea while killing 13.

Major retailers here have estimated their annual operating profits to plunge as much as 30 percent this year due to reduced sales and increased costs caused by the virus.

Exports may also suffer another setback after 14 consecutive months of decline.

China, the epicenter of the new coronavirus, is also said to be facing serious setbacks in its own local demand, which will inevitably lead to a drop in its demand for South Korean goods.

Lee highlighted the need to maintain the country's financial stability, adding that the rise in household debt accelerated from a year earlier in January.

South Korea's household debt, including credit card spending, reached a record high of over 1,600 trillion won (US$1.31 trillion) as of end-December, the BOK said earlier.

The monetary policy decision, as well as the downward revision for the growth outlook, also comes on a belief that the fallout from the outbreak may be short-lived, Lee said.

"Under current conditions, we cannot but base our economic outlook on how wide and how long the outbreak will last. And it is based on a view that it will not last long. That is, the outlook is based on an assumption that (the spread of the virus) will peak in March and then dwindle," he said in the press briefing.

"Also, we believe most of negative effects will emerge in the first quarter," Lee added.

Thursday's monetary policy decision also came as the government is seeking to form an extra budget to shore up the virus-hit economy.

The government has yet to submit a specific proposal, but many believe it will seek at least 10 trillion won ($8.23 billion) or more in additional spending to counter the fallout from the virus outbreak.

Thursday's decision to keep the rate frozen was also in line with market consensus.

In a survey conducted by Yonhap Infomax, the financial news arm of Yonhap News Agency, 10 of 19 experts polled had expected to see a rate freeze in February.