SEOUL, Feb. 26 (Yonhap) -- President Moon Jae-in is expected to hold a meeting with the leaders of South Korea's ruling and opposition parties this week on the COVID-19 epidemic, a Cheong Wa Dae official said Wednesday.

Moon plans to invite Lee Hae-chan, head of the ruling Democratic Party; Hwang Kyo-ahn, chief of the main opposition United Future Party; and leaders of other major parties to Cheong Wa Dae as early as Friday, according to the official who spoke on the condition of anonymity.

It would be Moon's first Cheong Wa Dae meeting with them in three months.

An aide to Hwang said Cheong Wa Dae has proposed starting the meeting at 3 p.m. on Friday.

The planned session is meant to pool wisdom on ways to halt the spread of the virus and counteract its economic fallout.

Moon is also likely to request bipartisan support for the government's all-out efforts to ride out the incident.

The president earlier stated the need for an emergency supplementary budget. 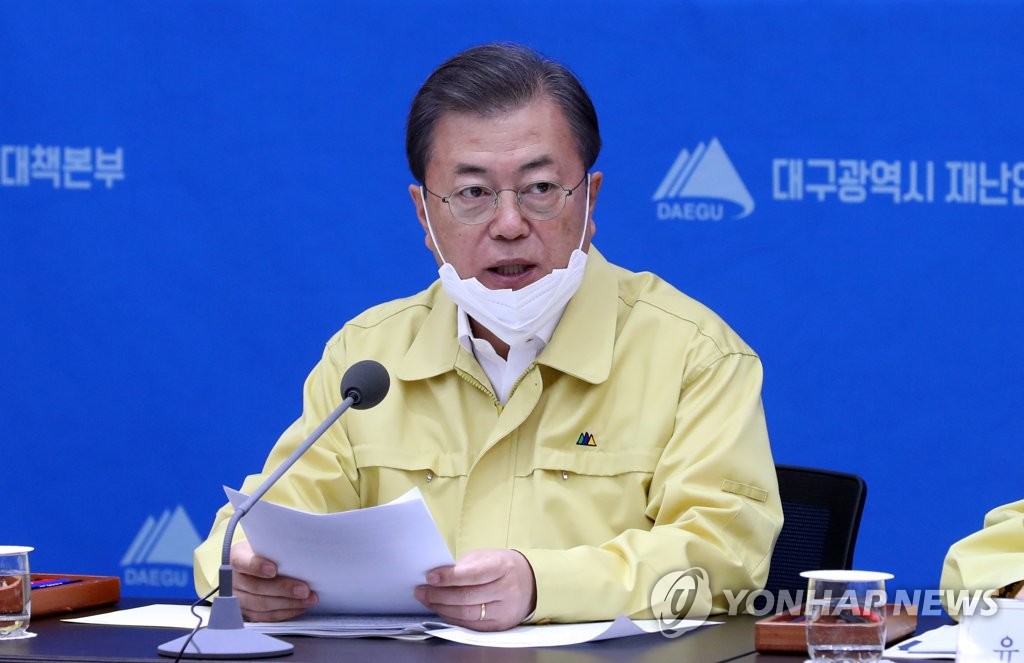