SEOUL, Feb. 26 (Yonhap) -- A North Korean propaganda outlet on Wednesday accused high-profile defector Thae Yong-ho of deserting the communist nation after committing embezzlement and rape in the country's first reaction to the decision by the South Korean main opposition party to scout him for April's general elections.

Thae, a former No. 2 diplomat at North Korea's Embassy in London, defected to the South in 2016. He has since been a vocal critic of the regime in Pyongyang, and the South's conservative main opposition United Future Party (UFP) scouted him earlier this month to run for the National Assembly.

On Wednesday, Meari, one of the North's propaganda websites, slammed the party's decision, saying "driving these scums to the forefront of confrontation between the two Koreas is an intolerable challenge to our nation's desire for unification."

It then described Thae as "a snob who escaped the strict punishment of the law after committing all kinds of vicious crimes in our republic including embezzling state funds and raping a minor, and he is a scum unworthy of being called a human."

Weeks earlier, a North Korean media outlet had lashed out at the party's recruitment of another North Korean defector named Ji Seong-ho, a human rights activist known for his surprise appearance at U.S. President Donald Trump's State of the Union speech in 2018. 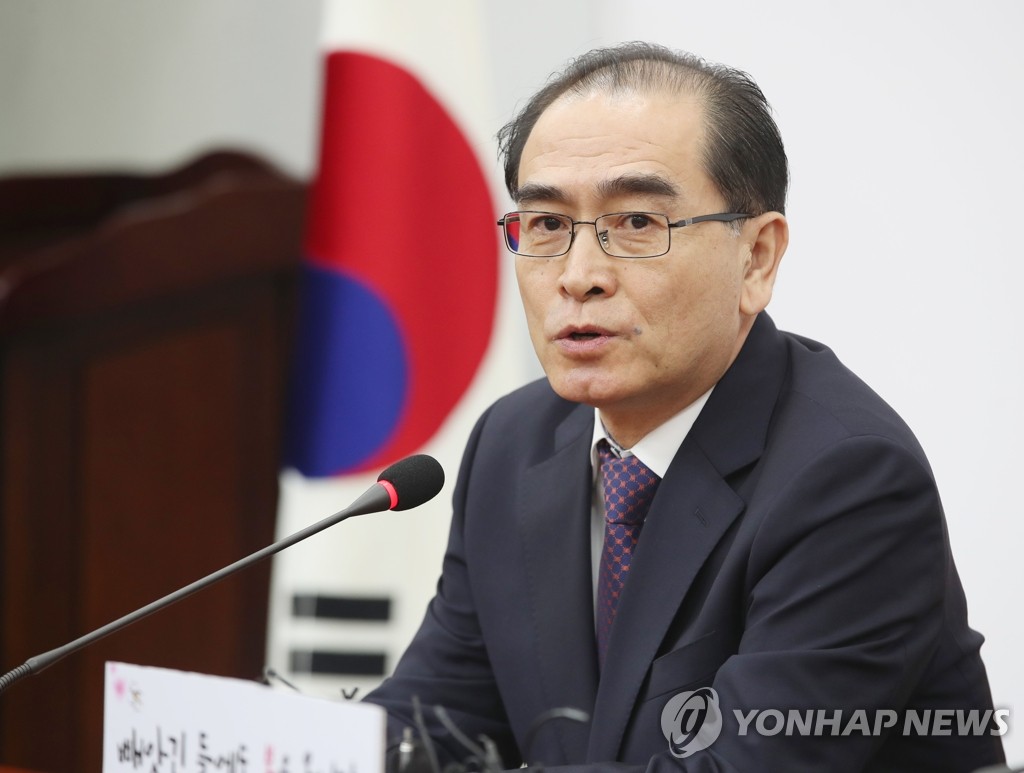