The country's total fertility rate, which refers to the average number of children a woman bears in her lifetime, came to 0.92 last year, down from 0.98 a year earlier, according to the data from Statistics Korea. 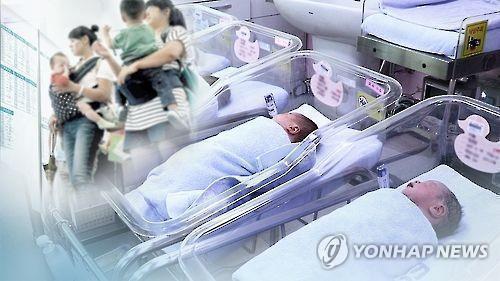 Last year's drop in the total fertility rate came despite huge government spending to boost the country's low birthrate. The government has spent 185 trillion won (US$152 billion) since 2006 to encourage more childbirths.

The downturn in childbirths comes as some young South Koreans are opting to distance themselves from life's three major milestones -- dating, marriage and having children -- because they cannot find decent jobs amid a longstanding economic slowdown.

To tackle the country's low birthrate, experts said, the government should focus its policy efforts on changing the country's social and cultural structures that discourage childbirths.
(END)