Oh threw one inning in relief during an intrasquad game for the Samsung Lions in Okinawa, Japan, on Wednesday. He pitched around a one-out single in his first outing of spring training.

Oh made his Korea Baseball Organization (KBO) debut with the Lions in 2005 and pitched for them until 2013. He spent the next two years with the Hanshin Tigers in Japan, before pitching for the St. Louis Cardinals, Toronto Blue Jays and Rockies beginning in 2016. 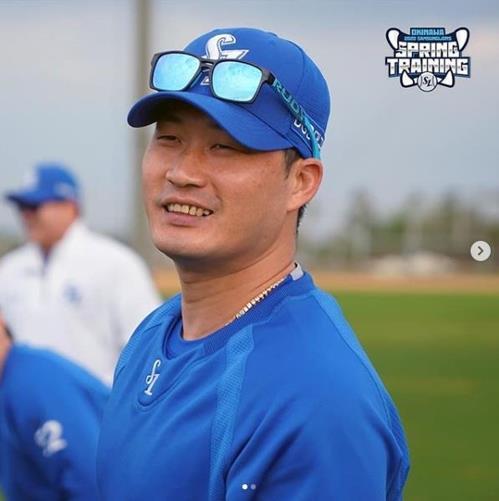 He was cut loose by the Rockies in July last year and rejoined the Lions the following month.

Before the Rockies released him, Oh had already been ruled out for the 2019 season with elbow problems. He underwent surgery in Seoul in August to remove a bone chip and inflamed tissue, and had been playing catch in recent days before taking the mound on Wednesday.

Oh is serving a 72-game suspension handed down by the KBO following an earlier illegal gambling conviction. He served 42 games of the ban last year and will have to sit out 30 more this year. He's expected to be fully healthy by the end of his suspension.

Oh is the KBO's career leader in saves with 277. He also owns the single-season record for saves with 47, set in 2006 and matched in 2011, a year after he underwent the same type of elbow surgery as the one from last August.