The measures raised the ire of South Koreans as they came despite Seoul's rejection of public calls for an across-the-board entry ban on Chinese tourists in line with Beijing's demand for "scientific" decisions on travel restrictions.

Despite Korea's entry ban limited only to China's central Hubei Province at the center of the new coronavirus outbreaks, Weihai in China's eastern Shandong Province and other regions have enforced unannounced measures against visitors from Korea.

"The measures by some provincial governments are not intended only for Korean citizens. There are also many Chinese (among those in quarantine)," he told reporters before meeting Seoul's Deputy Foreign Minister Kim Gunn at the ministry.

"I ask for Koreans' understanding," he added. 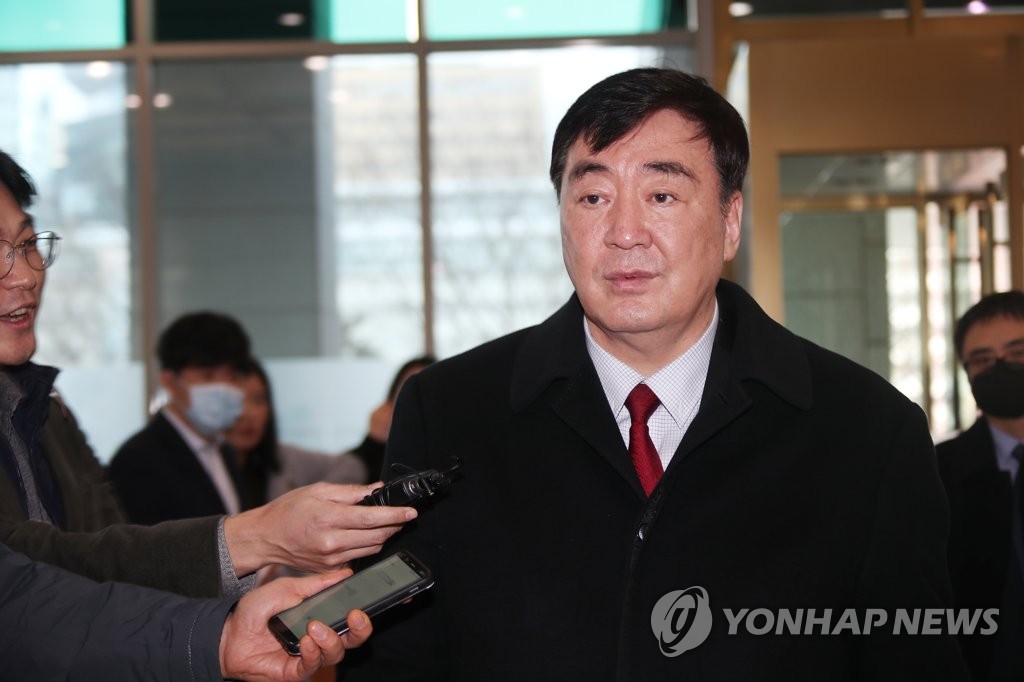 Asked whether the provincial authorities can withdraw the quarantine steps, Xing said that his government would make efforts to address the issue in an "appropriate" way.

"The virus is the common enemy facing the world, and to stamp it out, cooperation among countries is necessary," he said.

"China will strive to remove the virus by continuously cooperating with South Korea," he added.

During his talks with Xing, Deputy Minister Kim voiced concerns over cases of "excessive restrictions" against Korean visitors, while stressing Seoul's "preemptive and transparent" efforts to stem COVID-19.

The novel virus has infected more than 1,260 people in South Korea, with the death toll standing at 12.

"Deputy Minister Kim stressed the need for China's efforts to address such an issue, and asked for the central Chinese government's active support for the safety and convenience of our citizens in China," the foreign ministry said in a press release.

Xing expressed appreciation for South Koreans' support for China's fight against the virus and pledged to closely cooperate on the protection of Korean nationals in his country.

"I will deliver (Seoul's position to the Chinese authorities) and make efforts to smoothly address the issue," he said.

The authorities in Nanjing in Jiangsu Province quarantined about 70 of the total 169 passengers aboard a flight from Incheon after three Chinese passengers had signs of fever. Among those in quarantine were 40 South Koreans.