(ATTN: UPDATES throughout with more remarks, background)
By Lee Haye-ah

Alex Wong, the U.S. deputy special representative for North Korea, made the remark at a seminar in Washington as negotiations between the two countries have stalled for about a year.

Wong, the No. 2 State Department official in charge of the negotiations, appeared to put the ball back in North Korea's court.

"It's not just the leaders that have to meet. Our negotiating teams have to meet as well. We have to do the hard and detailed work of crafting a balanced roadmap, one that meets the interests of both the United States and the DPRK," he said, referring to North Korea by its official name, the Democratic People's Republic of Korea.

U.S. President Donald Trump and North Korean leader Kim Jong-un have had three meetings in a bid to reach a deal on dismantling the regime's nuclear weapons program in exchange for U.S. sanctions relief and concessions.

At their first summit in Singapore in June 2018, the pair agreed to "work toward" complete denuclearization of the Korean Peninsula in return for U.S. security guarantees, but subsequent meetings at both the working level and leader level have failed to produce agreement on how to reach those goals. 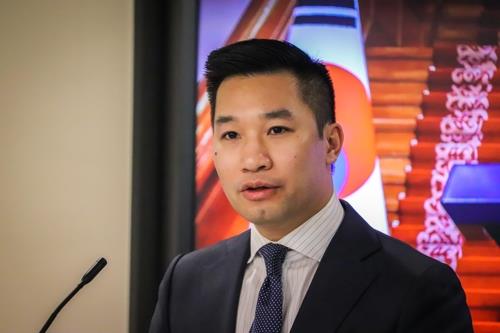 "We have to engage intensively, close off the space for miscommunication and suspicion, drum up a rhythm of talks that will give momentum to the diplomacy begun by President Trump and Chairman Kim that warm day in Singapore," Wong said, adding that the U.S. has "more than a sense" that the North Korean leader sees the opportunities before him, including new energy routes, diversified trading relationships and rising living standards.

"It can mean that our military forces will no longer need to posture themselves perpetually to fight a war," he said, referring to the 28,500 American troops stationed in South Korea to deter North Korean aggression since the 1950-53 Korean War ended in a ceasefire. "They could instead serve and cooperate to build the institutions to support a lasting peace."

But Wong made clear that Washington will stick to its sanctions policy unless Pyongyang demonstrates its commitment to denuclearize.

"We're very clear-eyed about North Korea's ongoing development of weapons of mass destruction. We're very clear-eyed about their ongoing development of the means to deliver that destruction around the world," he said. "That is why we continue to work with our partners to maintain fidelity to the sanctions that were unanimously approved by the U.N. Security Council. These sanctions signal to the DPRK that a continuing embrace of weapons of mass destruction will only further its economic and political isolation."

The prospects for resuming talks have appeared to dim further as North Korea grapples with an outbreak of the coronavirus across its borders and Trump focuses on his reelection campaign.

Moreover, Wong was recently nominated by Trump to serve as a U.S. representative to the United Nations. And weeks before that, Stephen Biegun, the top U.S. envoy for North Korea, took on increased duties as the new deputy secretary of state. 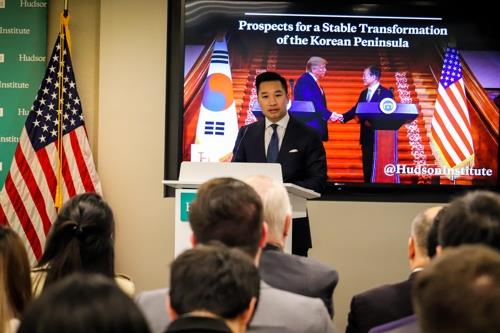 (LEAD) U.S. will be ready when N. Korea is ready to talk: envoy

(LEAD) U.S. will be ready when N. Korea is ready to talk: envoy