WASHINGTON, Feb. 26 (Yonhap) -- U.S. President Donald Trump said Wednesday that it's not the right time to put travel restrictions on South Korea over the coronavirus.

Trump was asked at a White House press briefing whether he is considering restricting travel to and from South Korea, Italy and other countries affected by COVID-19. 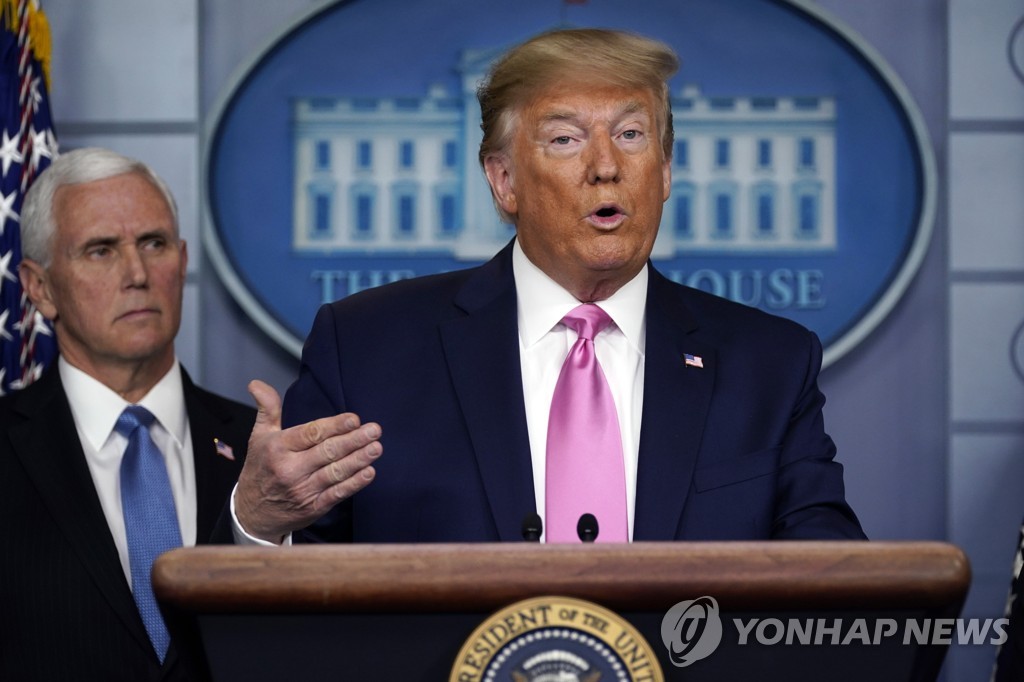 South Korea has seen a rapid increase in the number of coronavirus cases, with nearly 1,200 infections and 12 deaths as of Wednesday.

The U.S. State Department raised its travel advisory for South Korea from Level 1 to Level 2 on Saturday, urging travelers to exercise increased caution.

Two days later, the U.S. Centers for Disease Control and Prevention issued its highest travel health notice for the country, recommending that Americans avoid all nonessential travel there.

Then on Wednesday the U.S. Indo-Pacific Command announced it is restricting all nonessential travel to South Korea by all military, civilians and contractors under its authority.

The notice followed the first infection of a U.S. Forces Korea soldier.

"South Korea's been hit pretty hard," Trump said, adding that the U.S. is checking people as they enter the country. "Italy's been hit pretty hard. China, it's obvious what's happened in China but again the numbers seem to be leveling off and going down in China, which is very good news, so we'll see what happens."

Earlier in the press briefing, Trump held up a Johns Hopkins University report that he said ranked countries by preparedness for an epidemic.

"United States is rated number one," he said, before listing other countries including Britain, the Netherlands and South Korea.