SEOUL, Feb. 27 (Yonhap) -- A North Korean propaganda outlet slammed President Moon Jae-in on Thursday over his remarks urging improved relations with Japan, accusing him of compromising due to economic interests and pressure from the United States.

Uriminzokkiri, one of the North's propaganda websites, made the criticism Thursday, claiming that Moon "begged for more frequent meetings" with Japanese Prime Minister Shinzo Abe at a meeting with Japan's new Ambassador to South Korea Koji Tomita earlier this month.

The outlet also criticized Foreign Minister Kang Kyung-wha for urging cooperation from her Japanese counterpart Toshimitsu Motegi when they met bilaterally on the sidelines of the Munich Security Conference in Germany.

"Compromising with Japanese reactionaries to gain something is as foolish as begging a revengeful robber to drop his knife," the website said. "It is a disgusting and subservient behavior, a disgrace to our nation's dignity."

It pointed out the U.S. is pressuring Seoul to improve relations with Japan for its own national security.

Another propaganda website, Meari, earlier in the day also slammed Moon for trying to play the role as a mediator between Washington and Pyongyang, warning that "South Korea must realize it will only face greater humiliation by prying between North Korea and the United States." 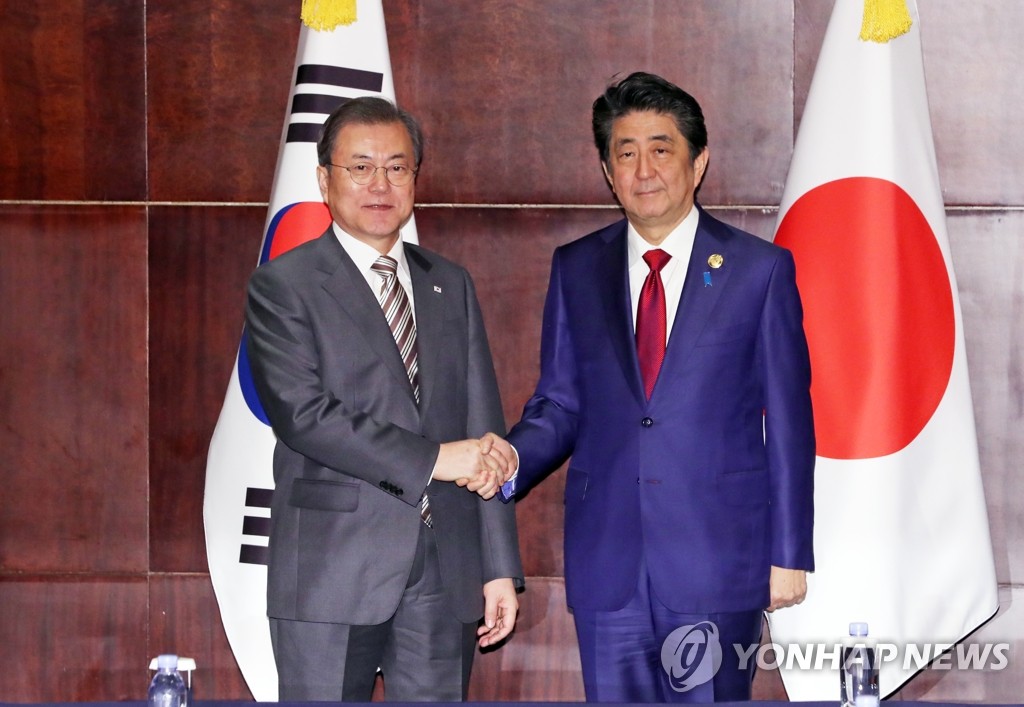