SEOUL, Feb. 27 (Yonhap) -- The top nuclear envoys of South Korea and the United States held telephone talks on Thursday over joint efforts for denuclearization and a lasting peace on the Korean Peninsula, Seoul's foreign ministry said.

Lee Do-hoon and his U.S. counterpart Stephen Biegun, who is also the U.S. deputy secretary of state, shared their assessments of the situation on the peninsula and discussed cooperation in making "substantive" progress in the peace efforts, the ministry said.

Their talks were arranged at Biegun's request amid concerns that Pyongyang's focus on fending off the COVID-19 epidemic and U.S. President Donald Trump's preparations for the November election could negatively affect the efforts to resume nuclear negotiations between the two countries.

Lee and Biegun last met in Washington in January. 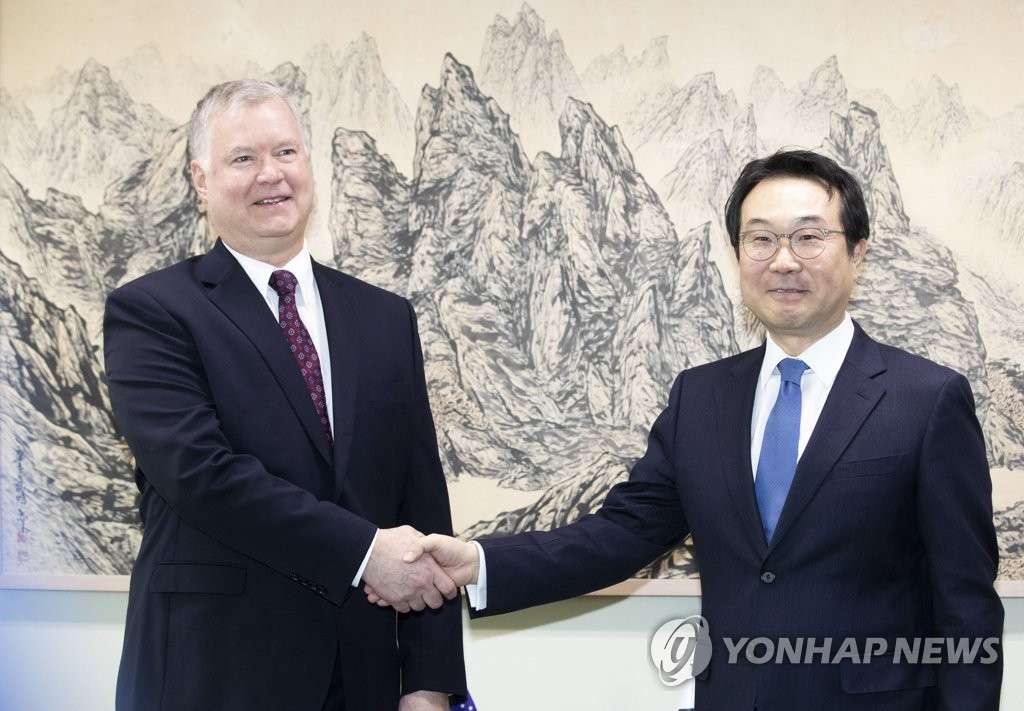