SEOUL, Feb. 27 (Yonhap) -- The number of jobs for wage and salary workers in South Korea climbed 3.5 percent in the third quarter of 2019 thanks to increased construction and manufacturing jobs, government data showed Thursday.

Asia's fourth-largest economy had 18.74 million paid worker jobs at the end of September last year, up 635,000 from a year earlier, according to the data from Statistics Korea.

Jobs in the construction industry came to 1.77 million as of end-September, up 1.8 percent from a year ago, with manufacturing jobs inching up 0.1 percent to 4.2 million.

The construction sector posted the first on-year increase in the July-September period following the sixth consecutive quarter of decline.

The number of paid employee jobs in the manufacturing industry had been on the decline since the second quarter of 2018.

South Korea is one of the world's fastest aging societies, with the ratio of people aged 65 years or older to the entire population reaching 14.2 percent in 2018, making the country an "aged society." 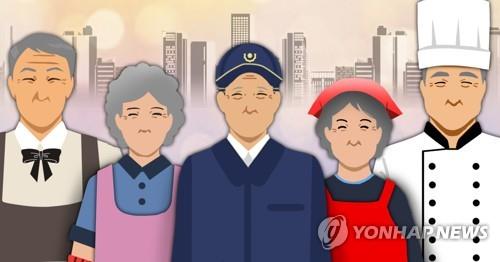