It expressed regrets over continued criticism that the Moon Jae-in administration is currying favor with China and disregarding the safety of South Koreans amid the fast spread of the COVID-19 virus.

South Korea has maintained limited travel restrictions against people who have stayed in China's Hubei province, the capital of which is Wuhan, the epicenter of the virus.

Critics of the Moon government, including lawmakers from the main opposition United Future Party, have called for an across-the-board travel ban.

The current measure is a result of review on "the best response with the safety of our people considered utmost," Cheong Wa Dae spokesperson Kang Min-seok said in a statement.

He added the government has considered the effectiveness of quarantine measures and the interest of the people in a "cool-headed" manner. 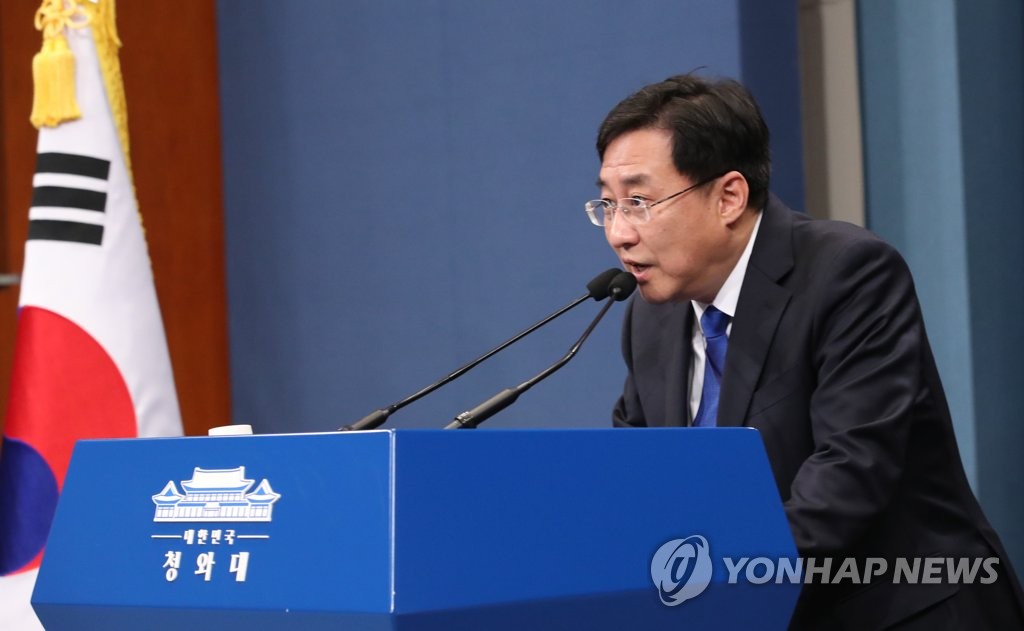 He stressed that the "special immigration procedures" on Chinese nationals by the authorities are being implemented "effectively."

There are Chinese-only entry lines at airports and seaports in addition to disinfection and temperature checks, he added, pointing to a key step in place to process arrivals.

All foreigners are required to write down details of their address and contact number in South Korea.

"Second, as a result of such measures, Chinese visitors are being managed stably," Kang said.

As of Thursday, only 11 Chinese people here were confirmed to have contracted the virus among a total of 1,766 cases.

And just four of them are presumed to have arrived in South Korea after being infected in China. Their entries were before the introduction of the special immigration process on Feb. 4, according to Kang.

"Thirdly, the number of Chinese people entering (South Korea) itself is not large," he said, putting the number at 1,824 on Tuesday.

On the other hand, 3,697 South Koreans entered China on Wednesday alone amid reports that the number of COVID-19 cases in China has been dropping recently. He cited data compiled by South Korea's immigration office.

According to China, the daily number of new patients in the country reached 1,749 on Feb. 18, before plunging to 406 on Tuesday, the official said.

Besides, the South Korean government's relevant measure is in line with the World Health Organization's guidelines, Kang stressed.

A common view in the international community is that infectious diseases can be overcome not by containment but by cross-border cooperation, he pointed out.