SEOUL/SHANGHAI, Feb. 27 (Yonhap) -- The city of Shanghai provided 500,000 masks to the southeastern city of Daegu and its surrounding North Gyeongsang Province on Thursday amid a spike in the number of the new coronavirus cases in the area.

The Shanghai government delivered the masks to the South Korean consulate office there in an expression of friendship between the two countries, a Shanghai city official said.

Daegu, a metropolis of some 2.4 million people about 300 kilometers southeast of Seoul, has become the biggest cluster of COVID-19 mass infection since the nation's 31st patient was confirmed to be infected with the virus early last week.

"I express deep gratitude to the Shanghai city government for providing this help despite the fact that they are likewise going through difficulties," Choi Young-sam, South Korea's consul general for Shanghai, said.

The consulate office plans to send the masks to South Korea as soon as possible.

Shanghai is the first Chinese municipal government that has taken action to support South Korea, which is on an all-out effort to prevent the further spread of the new virus.

On the same day, the Chinese Embassy in South Korea also provided 25,000 masks to Daegu.

The embassy expressed appreciation for South Koreans over the support they showed when China was fighting the new virus from an early stage of its outbreak.

"The embassy will continue to secure various supplies for quarantine efforts and actively support and stand by South Korea for it to overcome the infectious disease," an embassy official said. 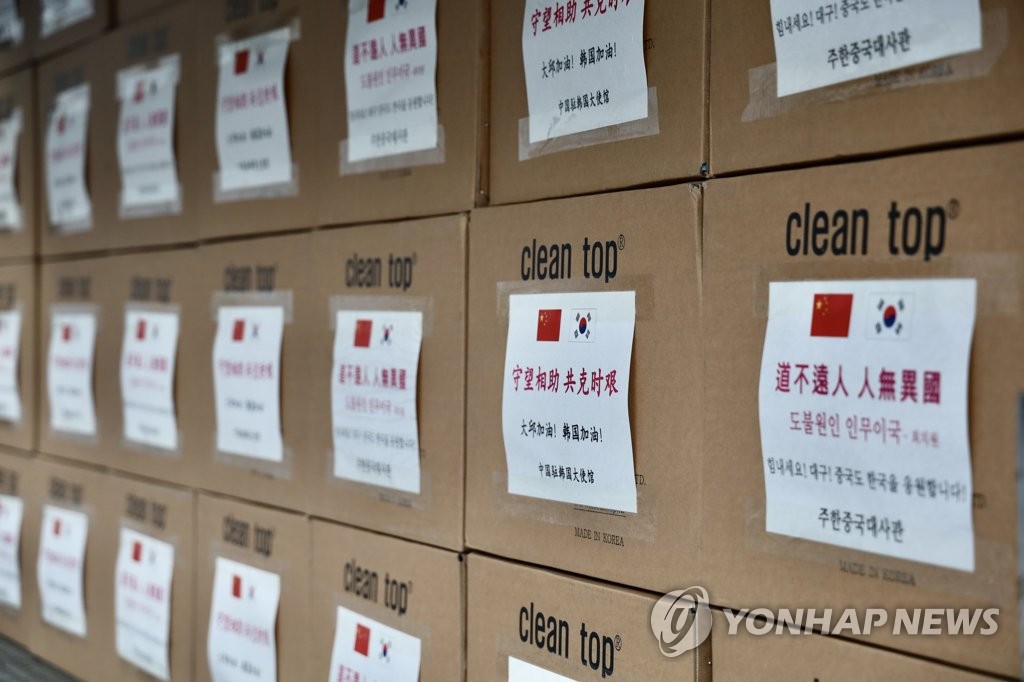