SEOUL, Feb. 27 (Yonhap) -- The number of Chinese nationals entering South Korea is declining, the justice ministry said Thursday, following tighter monitoring of people arriving from the neighboring country amid a spike in the number of new coronavirus cases here.

The decline followed South Korea's entry ban on travelers coming from or through China's Hubei province, the epicenter of COVID-19, early this month as part of its efforts to combat the spread of the virus.

The government has also been implementing special immigration procedures on Chinese nationals by assigning Chinese-only entry lines at airports and seaports in addition to conducting disinfection and temperature checks.

"The government's entry control measures appear to be working effectively. The recent surge in the number of the COVID-19 patients here also appears to have caused the number to decline," a ministry official said.

The education ministry also said many Chinese students who are enrolled in South Korean schools are canceling their planned arrivals here ahead of the beginning of the new semester.

Of 1,309 Chinese students who were originally scheduled to arrive Thursday, only 838 students came, it said.

As of Monday, 34,613 Chinese students, or 48.8 percent of the total Chinese who study in South Korea, have yet to come back after the vacation, according to the education ministry. 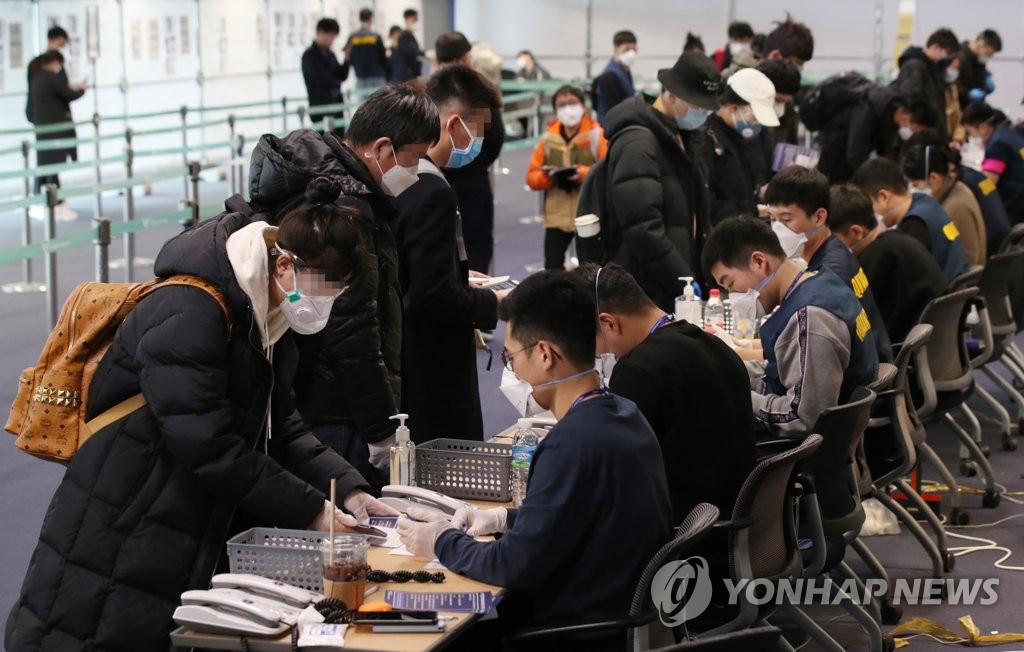 No. of Chinese entering S. Korea drops amid spread of coronavirus

No. of Chinese entering S. Korea drops amid spread of coronavirus