He stressed the importance of the timing of the budget injection, speaking at a parliamentary meeting with the leaders of South Korea's four major political parties.

"I think the key is speed," he said at the outset of the session held at a traditional "hanok" house, called "Sarangjae," inside the National Assembly compound in western Seoul. Sarangjae means a "room of love" in Korean.

Public concern has been growing that the COVID-19 outbreak here may spiral out of control, with more than 2,000 confirmed cases reported as of Friday morning.

He noted that the National Assembly has established a special committee on the COVID-19 outbreak and passed a set of bills on improving the country's response to infectious diseases earlier this week. Both ruling and opposition parties have agreed in principle on the need for a prompt extra budget.

"As the cooperation of the National Assembly for a pan-national response has taken its first step well, I request that it increases the intensity and speed of cooperation," Moon said.

Attending the meeting were Lee Hae-chan, head of the ruling Democratic Party, and Hwang Kyo-ahn, leader of the main opposition United Future Party, as well as Sim Sang-jeung, chief of the Justice Party, and You Sung-yop, who co-heads the Party for People's Livelihoods. 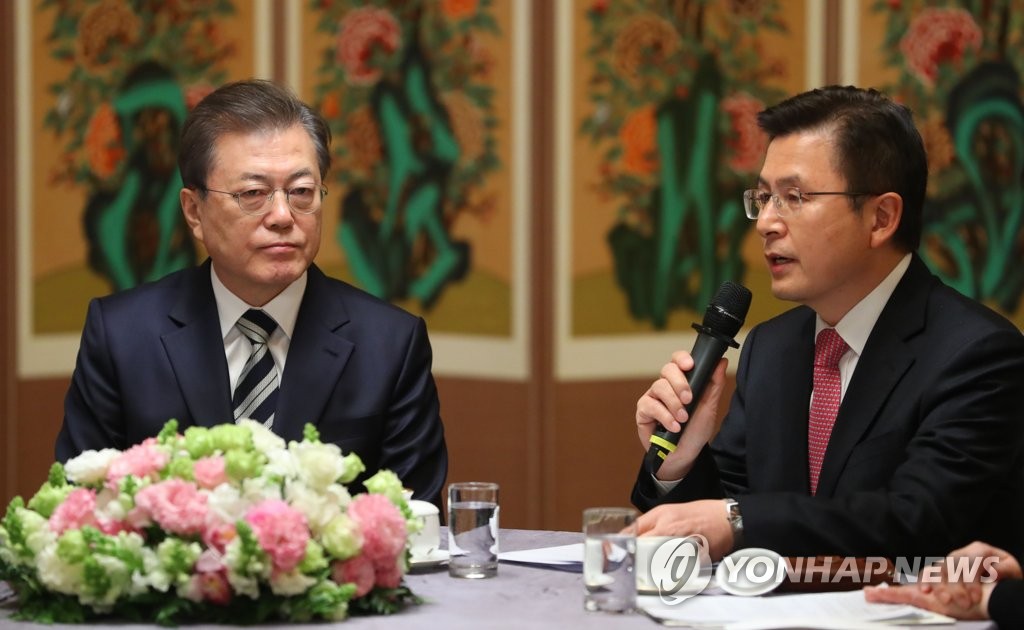 Hwang used his opening remarks to demand the government impose a full entry ban against travelers from China and criticize Moon's earlier statement that the COVID-19 outbreak would end soon. 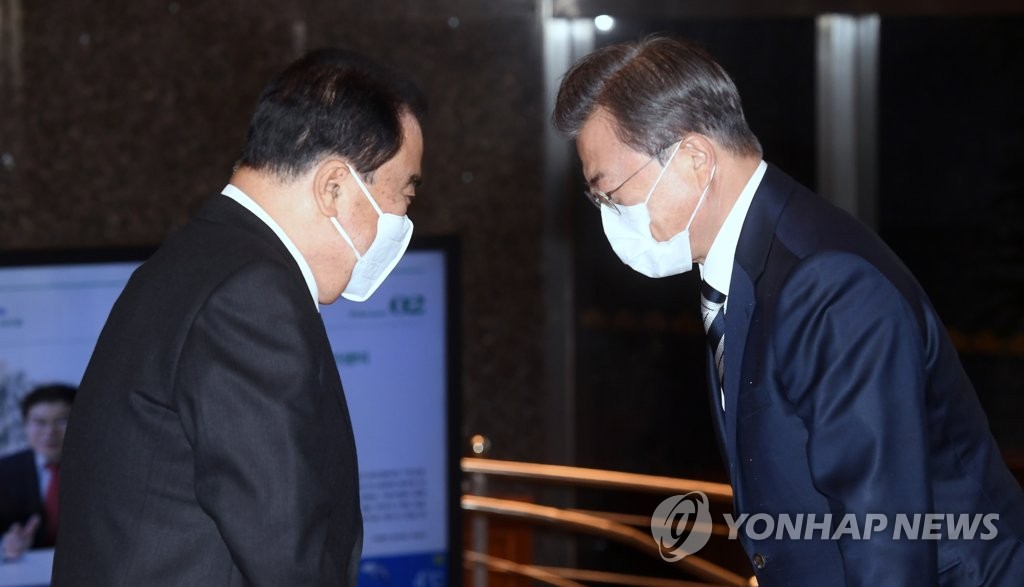