SEOUL, Feb. 28 (Yonhap) -- South Korea's low-cost carriers called Friday for government support to keep them afloat amid a sharp decline in air travel demand over the outbreak of the new coronavirus.

"Low-cost carriers are getting into a desperately dangerous situation as the new coronavirus impact is dealing a further blow to their business already hit by local anti-Japan campaigns (following Japan's restrictions on exports to Korea)," they said in a joint statement 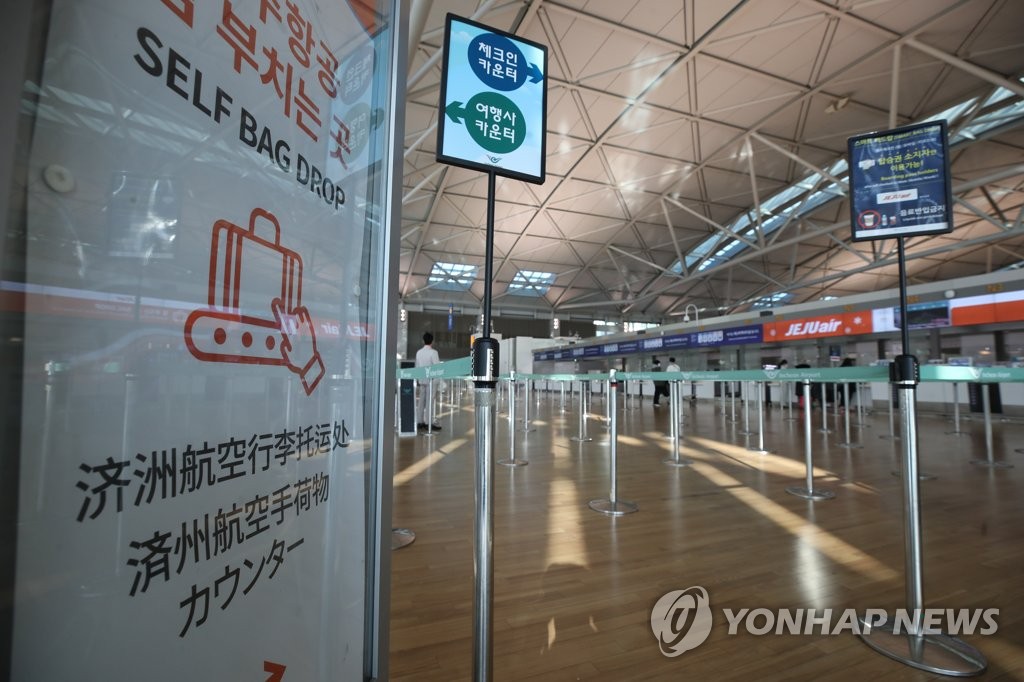 Faced with a sharp decline in travel demand, they have suspended most of their flights on international routes in recent weeks and asked their employees to take partially paid or unpaid leave until the end of March.

"With no end in sight to the coronavirus outbreak, there seems to be no retreat for low-cost carriers, which employ about 15,000 workers, despite self-rescue measures," it said.

All executives at Air Seoul returned a portion of their salaries -- as much as 30 percent -- this month and won't accept salaries in March. Its employees will take paid leave for the whole of next month and receive salaries worth 70 percent of their regular wages.

They have suspended or reduced some of their flights on international routes since early this month to minimize the impact of COVID-19 on their earnings.

Korean Air plans to use smaller planes on routes to Atlanta, Los Angeles and New York next month to reflect declining travel demand. The national flag carrier said it may reorganize further flight schedules depending on coronavirus developments.

Asiana said it will halt more flights on Asian routes until mid-April. It asked all 10,500 employees to take turns going on 10 days of unpaid leave starting Feb. 19.

South Korea has reported a total of 2,022 confirmed cases of COVID-19 infection and 13 deaths as of Friday.