SEOUL, Feb. 28 (Yonhap) -- An Air Force officer and an airman based in the central city of Cheongju tested positive for the new coronavirus, bringing the total number of confirmed cases in the military to 27 on Friday, the defense ministry said.

Of the total, 15 are in the Army, 10 in the Air Force and one each in the Navy and the Marine Corps, the ministry said, adding that 24 of them are active-duty service members.

South Korea's total infections have risen to 2,337 cases and 13 civilian deaths as of 4 p.m.

Around 9,480 service members are quarantined at their bases to stop the virus from spreading. Of them, around 920 have either shown symptoms or had direct contact with infected patients, while the remainder had visited Daegu or its neighboring regions after Feb. 10.

The ministry also launched a weeklong emergency working system for service members in the southeastern city of Daegu. Under the system, non-essential officers are required to work at their residences or designated facilities while core personnel stay at their bases on-call. 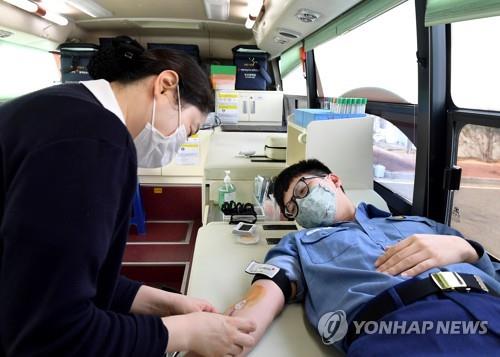 Defense Minister Jeong Kyeong-doo presided over a video meeting with top commanders Friday upon his return from a visit to the U.S. and called for the military's utmost efforts to prevent further spread of the virus.

"Think of this situation as equivalent to wartime and mobilize all available military resources -- both medical and non-medical -- to prevent the spread of COVID-19 in Daegu and North Gyeongsang Province," he said.

Jeong also said the military's readiness posture should be "watertight" despite the non-military threats.

Daegu and its surrounding North Gyeongsang Province are the hardest-hit areas of South Korea, with more than 80 percent of the total confirmed cases occurring there, with a cluster of infections linked to the Shincheonji Church of Jesus.

The Ministry of Patriots and Veterans Affairs pledged Friday to maximize support for a veterans hospital in Daegu after it was designated by the government as a special clinic for coronavirus patients.

By activating an emergency medical system, the ministry also plans to extend medical coverage to veterans to prevent a possible "vacuum" in their treatment for other diseases.

It also decided to call off a planned ceremony to mark the 60th anniversary of the March 8 democratic rally against the government of Rhee Syng-man, South Korea's first president, according to its release. The event was initially scheduled to take place in the central city of Daejeon next month.

A total of 325 military medical staff and nearly 950 officials and soldiers have been mobilized to support government-wide anti-virus efforts, according to the defense ministry. 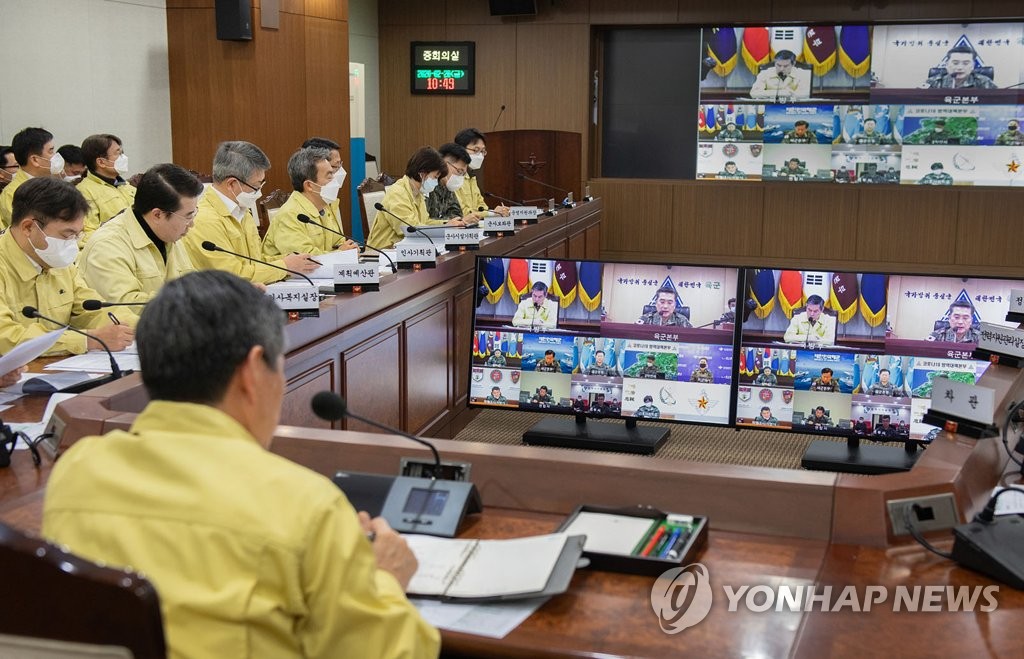