The Galaxy S20 series smartphones went on sale on Thursday, and their first-day sales volume came to about 80 percent of those for the previous S10 series phones, launched in March last year, a Samsung Electronics spokeswoman said over the phone.

"The first-day sales figures were collected from offline stores operated by telecom companies, online shops and others," she said without giving any specific numbers. 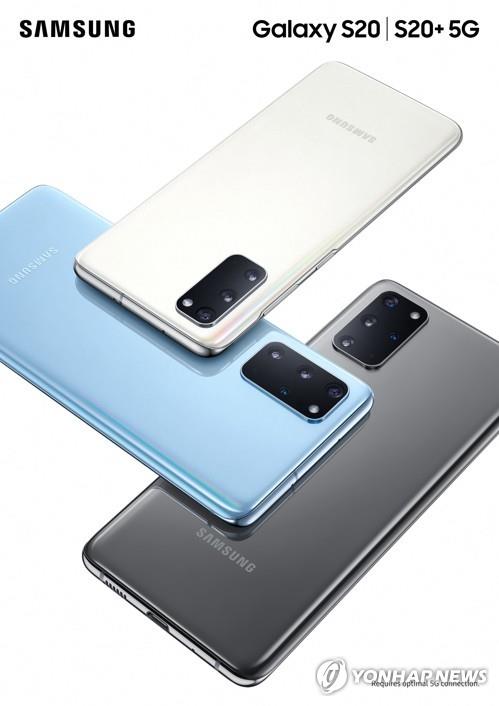 Samsung Electronics sold an estimated 70,800 units of the latest smartphone series through local telecommunications companies on Thursday, far lower than 140,000 units of the Galaxy S10 series in their first-day sales, industry sources said.

The estimated figure didn't include numbers from online transactions and sales through other channels, the spokeswoman said.

"Sales were affected by sharp declines in discounts for new phones and the number of visitors to offline stores due to coronavirus infection fears," a telecom official said, adding that lower-than-expected subsidies were another downside factor.

On Friday, Samsung Electronics fell 3 percent to 54,200 won in line with the broader KOSPI's 3.3 percent loss.

The Galaxy S20 series, which was unveiled early this month in San Francisco, has three models -- the S20, the S20 Plus and the S20 Ultra.

South Korea had reported a total of 2,337 confirmed coronavirus cases and 13 deaths as of Friday. The first case in the country was reported on Jan. 20.