Kang made the remark during a phone conversation with her Vietnamese counterpart, Pham Binh Minh, on Friday, hours after the Southeast Asian country announced the plan, according to her ministry.

Kang conveyed South Koreans' deep disappointment with Vietnam's decision, saying that it would not be in the long-term interest of the two countries' bilateral ties, the ministry said.

She urged Vietnam to normalize the program as soon as possible, while requesting extra efforts to protect the rights of South Korean nationals staying in the country despite its implementation, the ministry added.

The Vietnamese minister said it was an inevitable move to stem the spread of COVID-19 and reaffirmed that the suspension will be temporary.

Vietnam's Embassy in South Korea earlier said that it will suspend its visa-waiver program from Saturday, under which Koreans have been able to stay in the Southeast Asian country for up to 15 days without a visa.

It marks the first time that the program has been suspended since it was introduced in 2004.

Along with the suspension, Vietnam has banned the entry of visitors who have traveled to South Korea's southeastern city of Daegu and its adjacent North Gyeongsang Province, where the lion's share of infections have been reported, in the past two weeks.

Health authorities in South Korea have reported a total of 2,337 confirmed cases of coronavirus infections, with the death toll standing at 16. 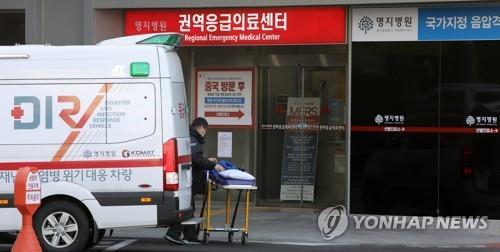