SEOUL, Feb. 28 (Yonhap) -- The number of coronavirus infections in Seoul exceeded 60 on Friday, with a hospital in the northwest of the capital identified as a major cluster of infections and separate cases being reported in some of the capital's busiest areas.

The number of patients in Seoul increased by six from the previous day, bringing the total to 62 as of 4 p.m. Friday, according to the Korea Centers for Disease Control and Prevention (KCDC). Separate data from the Seoul Metropolitan Government showed there were 65 patients by 10 a.m.

Total infections in the country reached 2,337 cases on Friday afternoon, with those linked to the fringe religious sect Shincheonji Church of Jesus and a hospital in Cheongdo County together accounting for nearly half.

While Seoul had been deemed relatively safe from the mass outbreak in the southeastern city of Daegu, 300 kilometers away from the capital, its figures have risen due to a cluster of infections at a major hospital.

The city's data showed that 13 of its 65 infections are linked to the Catholic University of Korea Eunpyeong St. Mary's Hospital in the northwestern ward of Eunpyeong, where hospital employees, patients and their families were among those who were affected. 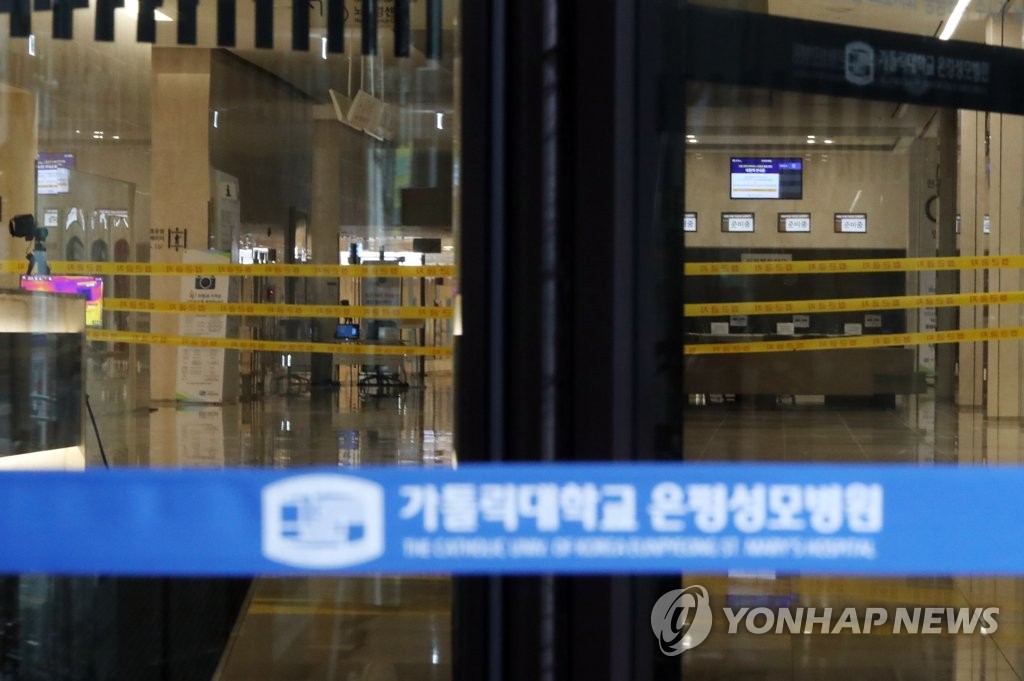 Concerns are also rising there may be additional COVID-19 infections at Myungsung Church, one of the city's Christian megachurches, which has a following of 80,000, after a pastor there was infected. Two cases have been traced to the church in eastern Seoul.

While the numbers are small, infections have also been reported in the city's bustling neighborhoods like Gwanghwamun and Gangnam, as well as the financial district of Yeouido and Myeongdong, a popular shopping spot for tourists.

The city government has urged people to refrain from outdoor activities and social events over fears that the contagious virus may further spread over the weekend.

"Seoul is a megacity with a population of 10 million and is connected to cities across the country. At times like this, social isolation is necessary, as well as keeping to everyday life, sustaining hygiene and refraining from meeting a lot of people, such as at religious events," a city official said.

The advice comes as a conservative civic group is expected to press ahead with a major gathering this Sunday despite opposition from police and city officials, who have imposed no-rally zones in parts of central Seoul.

With churches emerging as a possible hotbed of infection, the government has also urged people not to take part in Sunday services. Many large Protestant churches in the capital have canceled their services this coming weekend. 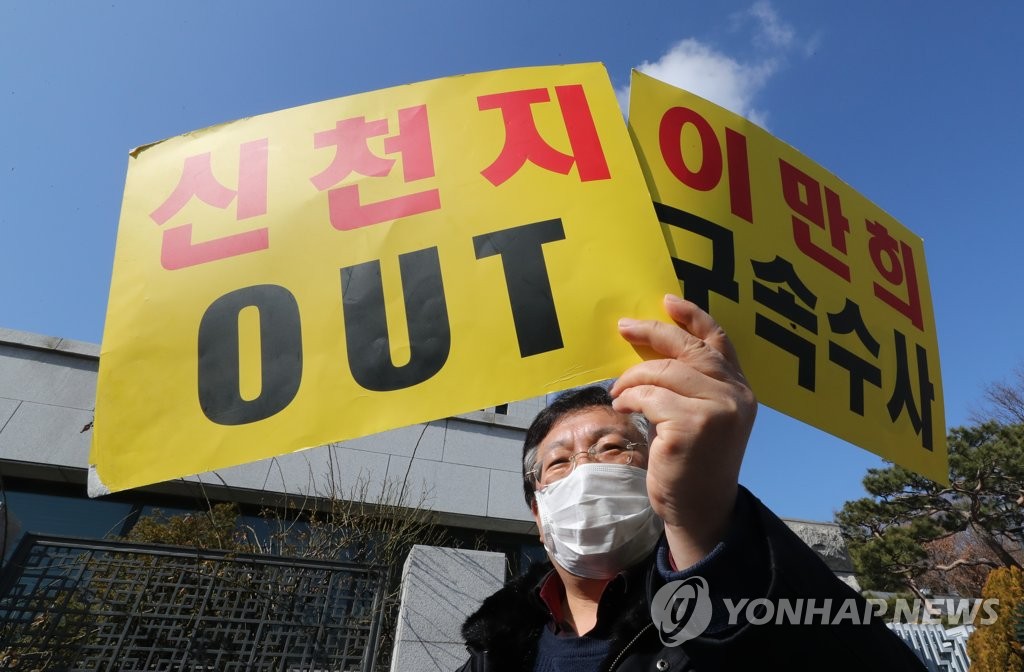 The city government, meanwhile, is working to identify and quarantine followers of the Shincheonji, whose Daegu branch has been identified as an epicenter of an outbreak in South Korea.

The city said it has wrapped up preliminary research into 28,317 Shincheonji followers in the capital based on a list provided by the central government.

Of the 95 percent who were reached, 2,164 said they had visited Daegu and nearby North Gyeongsang Province or attended a church service in Gwacheon, south of Seoul, where an infection occurred. A total of 217 reported having symptoms, 31 of whom have been tested.

City officials said they plan to continue getting in touch with those who refused to be interviewed or could not be reached and to monitor those who have reported symptoms and have been put under quarantine.

For those who continue to refuse to be interviewed, the city plans to launch a joint probe with the police and notify them of a public health law that carries a sentence of up to two years in jail or a fine of up to 20 million won (US$16,451).