The South Korean government has secured a complete list of more than 310,000 Shincheonji believers, including 65,000 new members, and conducted comprehensive testing for the coronavirus as the country has seen a massive increase in confirmed cases.

"We've checked one third of the listed people, or 110,000 followers," Vice Health Minister Kim Gang-lip said in a press briefing. "Out of them, 1,638 people showed symptoms of coronavirus infection and we've placed them on self-quarantine."

Those who have shown no symptoms are still being closely monitored, he added.

The official said the quarantine authorities are also looking into the remaining 200,000 people, excluding 16,600 underage followers and 860 people who are unreachable.

The government will examine the overseas travel records of Shincheonji followers. 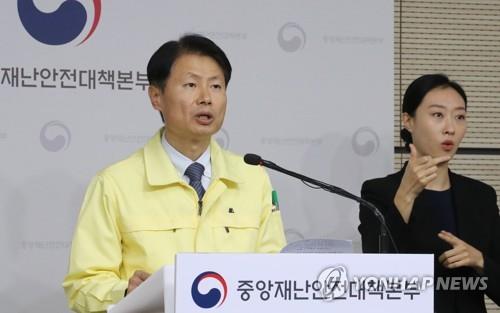 As of Friday morning, South Korea's coronavirus infections had reached 2,022 in number, with death toll at 13.

Of the total, 840 patients, or 41.5 percent, are linked to a branch of the Shincheonji Church in the southeastern city of Daegu.

The Daegu church has been at the center of a cluster of infections since one of its members, the nation's 31st patient, was confirmed to be infected with the COVID-19 virus early last week.

The religious group has promised to give full support to the government-led efforts to combat the infectious virus and submit a complete list of its followers nationwide.

But the Daegu Metropolitan government said it has decided to file a lawsuit against the local branch of Shincheonji. It claimed the branch provided the government with false information regarding the number of its registered members, thus hindering the government's disease-control efforts.

About 1,600 Shincheonji followers on self quarantine

About 1,600 Shincheonji followers on self quarantine